THIS DAY IN HISTORY… MAY 17

Before 10,000 fans, fifteen horses competed in what would become a famous annual event. Ridden by jockey Oliver Lewis, the winner was Aristides. Both Oliver Lewis and the trainer of Aristides were black. In fact, thirteen of the fifteen riders that day were black, many of them former slaves.

Given that bit of information, I suspect that the payoffs to jockeys and trainers were not as lucrative as they are today.

After Israel gained its independence, the U.S. was the first nation to recognize it as a country. Three days later the USSR followed suit. This was surprising because Stalin did not usually have any empathy toward Jews. He even prohibited Russian Jews from emigrating there once Israel was established. What he did harbor, however, was a hatred of all things British, and since Israel had been at odds with Britain over their independence, he sided with Israel. He also hoped to establish a Russian influence in the Middle East. The USSR even surreptitiously supplied the Zionists with weapons in their fight for freedom. Friendly relations soon ended, however, the deal breaker being Russia’s refusal to allow Jews to emigrate to Israel.

Never did seem like a match made in heaven, although currently, Putin and Netanyahu do seem to be cut from the same cloth.

1990 – The World Health Organization no longer lists homosexuality as a mental disorder. 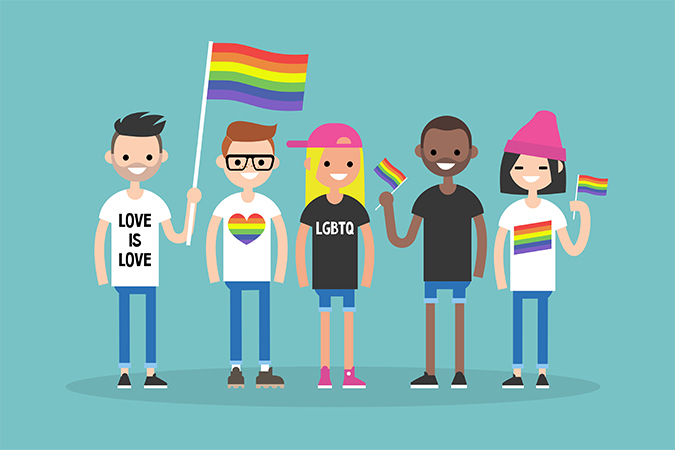 How progressive of them. Labeling it a disease or especially a choice never made sense to me. A gay friend, before it was even relatively safe to come out, said to me, “I’m threatened, ridiculed, insulted and live in the shadows, why would I make that my choice?”

Signer of the Declaration of Independence. Penn was a delegate from North Carolina and was a member of both the 1st and 2nd Continental Congresses. Unlike many of the signers, he did not come from a wealthy family, and since his father did not believe in education, received only two years of schooling. His father died when he was eighteen, and at that point Penn taught himself law and became a lawyer. He, unfortunately, died at an early age, shortly before Washington became the first president, and never got to see the development of the new nation he had helped to spawn.

I’ve never heard of him before but going from just two years of school to signing one of the more famous documents in the world is a remarkable story.

Special prosecutor. He was appointed by Attorney General Elliot Richardson to investigate the Watergate scandal. When he turned up the heat too high President Nixon ordered the Attorney General to fire him. When Richardson refused Nixon fired him, as well as the Assistant Attorney General when he refused also. It became known as the Saturday Night Massacre and was part of the intrigue that led to Nixon eventually resigning from the most prestigious office in the land. Returning to private life Cox for a while did a lecture tour, and then taught law. He passed away in 2007.

I predict Robert Mueller’s lecture tour will be quite well attended.

Hollywood actor. He is known for his roles in such movies as “Easy Rider,” “Apocalypse Now,” “Blue Velvet,” and “Hoosiers.” The first role he had in film was a small part in “Rebel Without a Cause,” where he became friends with James Dean. The characters he played were usually deranged, unhinged, perverted, alcoholic, or stoned.

* Lead-In Image (Dennis Hopper)  – Jorge Cubells Biela / Shutterstock.com – “Dennis Hopper, in an opening of one of his exhibitions.”