THIS DAY IN HISTORY… MAY 23

A gang of ten men rode into town with four going inside the bank and six remaining outside on the street keeping guard. One robber stayed on his horse firing pistols at the townspeople. The citizenry fought back and three of them were killed in the action, including the town’s mayor. There are no certain eyewitness accounts of the incident but some reports suggest Frank James was the man on the horse and that he was responsible for two of the killings and his brother Jesse the other. The gang made off with a booty of $4,500. The banks the gang targeted were small, local banks, stocked with local money. The outlaws were not exactly stealing from the rich, nor is there evidence that the money was going to the poor.

The legend of Jesse James lives on as does the myth he was some kind of Robin Hood, when in reality he was nothing more than a thief and killer.

Carney was the first African-American to receive America’s highest military honor. Born into slavery, Carney was a free man and living in Massachusetts at the time of the Civil War. He was awarded the medal for his actions during the Battle of Fort Wagner. Carney served with the famous 54th Infantry Regiment, the first black unit in the Union army. (The movie “Glory” was based on this unit.) The regiment led the charge on Fort Wagner and when the flag bearer was killed, Carney grabbed the flag before it hit the ground and led the way up to the parapet. Despite being wounded three times and rapidly losing blood, Carney planted the flag and rallied the regiment to continue the fight.

Carney’s life was saved, but he had to be discharged from the army due to the severity of his wounds. He returned to New Bedford, Massachusetts where he was a mail carrier for thirty-two years. Although other black soldiers had already been awarded the Medal of Honor, Carney is considered the first because his action pre-dated theirs. Carney died in 1908, so he was still alive at the time of the award.

It’s interesting that it took thirty-six years for him to be recognized. Have to wonder what kind of lobbying and political effort it took to get this black hero his due.

On a rural Louisiana road, six lawmen finally caught up with the famous Depression era outlaw duo. The lawmen hid in the bushes next to the road and when the stolen Ford Deluxe V-8 carrying Bonnie and Clyde passed they opened fire. The bodies of Bonnie and Clyde were riddled with somewhere between 25 and 50 wounds. The lawmen emptied their rifles, shotguns, and pistols to make sure of no escape.

What happened next is just as gruesome. Word spread of the killings and soon a crowd gathered. Four lawmen went to a town to telephone in their success. The two remaining lawmen at the scene soon lost control as the crowd jostled for souvenirs. This included body parts of the deceased. Locks of Bonnie’s bloodied hair was chopped off and a man was trying to saw off Clyde’s trigger finger and another reached into the car with a pocket knife to cut off Clyde’s ear. The law finally gained control of the situation but the circus-like atmosphere grew and the population of a nearby town increased from 2,000 to 12,000 in hours. The curiosity continued through Bonnie’s funeral, attended by over 20,000 people. Just as with Jesse James, their legend lives on, thanks in part to the movie starring Warren Beatty and Faye Dunaway.

Depraved criminals, just like the James brothers. But, it seems their depravity was all but surpassed by the public after their deaths.

Civil War general for the Union, and later both governor and senator for Rhode Island. Although he had some successful campaigns as a general, he was also the commanding officer at the Battle of Fredericksburg, where the Union suffered a disastrous defeat with a heavy loss of life. Burnside wore his facial hair in a distinctive style and the term “sideburns” come from that. He was also the first president of the National Rifle Association.

Sideburns and the NRA originating from the same source is not exactly surprising.

Actor. In the era of silent films, Fairbanks was one of Hollywood’s brightest stars. He was the original “swashbuckler,” starring in such films as “Robin Hood” and “The Mark of Zorro.” Divorced from his first wife, he married another movie star, Mary Pickford, “America’s Sweetheart,” and they became the royalty of Hollywood. Fairbanks did not transition well into “talkies,” and his star began to fade. A chain smoker, his health also began to decline, and he died of a heart attack at age fifty-six. Fairbanks had a son from his first marriage, Douglas Fairbanks, Jr., who also became a famous movie star.

I’ve watched some of the old silent films, and other than the comedies, can’t say I’m much of a fan.

Chess champion. Karpov quickly rose through the ranks of Russian chess players and was on the world stage by age twenty.  He was scheduled to play reigning champion Bobby Fisher in 1975, but Fisher refused to accept some of the conditions of the match. Fisher forfeited and Karpov was named champion. He remained champion from 1975 to 1985 and again from 1993 to 1999. Karpov is considered one of the greatest chess players to have ever lived. When he was a boy he attended a prestigious chess school in Russia where a teacher had this to say about him. “The boy does not have a clue about chess, and there’s no future at all for him in this profession.” 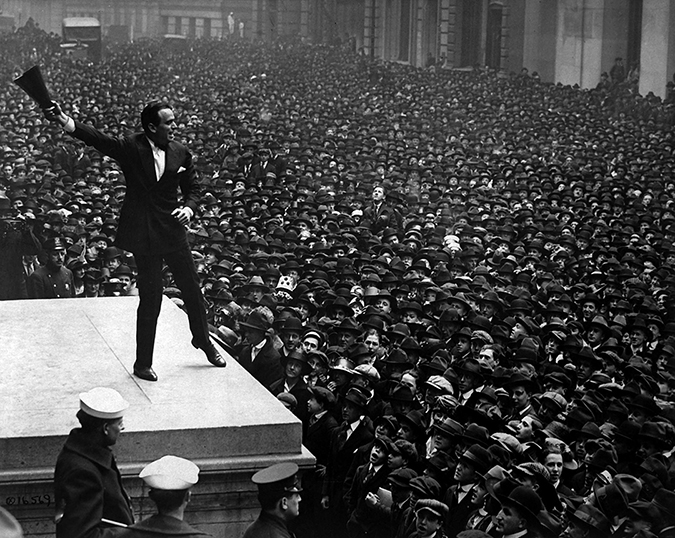