THIS DAY IN HISTORY… MAY 25

1919 – Casey Stengel releases sparrow from under his baseball cap.

I’m curious, the next day, who got the most ink: The Sultan of Swat or the Buckeye Bullet.

A coastal city in eastern Spain on the Mediterranean Sea, Alicante was a major port for Republican Spain during the Spanish Civil War. Future fascist dictator Generalissimo Franco, in leading the uprising against the democratically elected government, decided to cut off the supplies flowing into Alicante. Utilizing the Aviazione Legionaria, the Italian air force, bombers roared over the unsuspecting and unprepared Alicante. This was before the days of radar and the city was far from the front where the fighting was taking place. People were in the market shopping when the bombs began to fall. Death estimates range from 275 to over 400. Another 1,000 people were wounded. It was the largest loss of civilian lives in the war, surpassing even Guernica. A tactic that was followed throughout WWII and continued today in Ukraine, the bombing was designed more to inflict terror on a civilian population than any military strategy.

Anybody who has read much of what I have written, or knows me personally, is aware I have a deep passion for the Spanish Civil War, arguably to a fault. The Last Great Lost Cause the war has been labeled. I can’t deny the following statement may be more than a little hyperbolic, but to me it was a time when the world was at a tipping point, and the major democracies decided to sit on their hands.

A Minneapolis police officer knelt on the neck of Floyd, an African-American man, for almost nine minutes, ignoring the pleas of bystanders to stop. His actions resulted in Floyd’s death. Charged with murder, he was found guilty and sentenced to 22&1/2 years in prison. Two others officers assisting at the scene are still awaiting trial as of this writing. Another one has pleaded guilty to manslaughter.  A teenage girl recorded the scene with her cellphone and the video was met with outrage worldwide. Protests in Minneapolis and St. Paul grew into riots over the next several days. The 3rd police precinct station in Minneapolis was burned and abandoned and across the Twin Cities over 1,500 buildings and business were damaged or burned to the ground. Lake Street in Minneapolis and University Avenue in St. Paul were especially hard hit. A push for police reform in the wake of Floyd’s murder has since been stalled.

I live directly between Lake Street and University Avenue. Less than two miles from the rioting on Lake Street and about three miles from the destruction on University Avenue. For three days there was the smell on smoke in the air, the constant sound of sirens and helicopters whirling overhead. Every single place I shopped or did business was hit, some simply gone. Some of the buildings destroyed were old with classic architecture that won’t be replaced. The new look for the Twin Cities was plywood. Most if not all businesses in the two cities soon had their storefront windows covered with plywood. Whoever had the plywood concession got rich. Quickly beautiful street art was created with murals spread across plywood. 38th and Chicago, where Floyd died, became a mecca with people drawn there to share their sorrow and display their respect. Below are some photos from the riots and George Floyd Square. 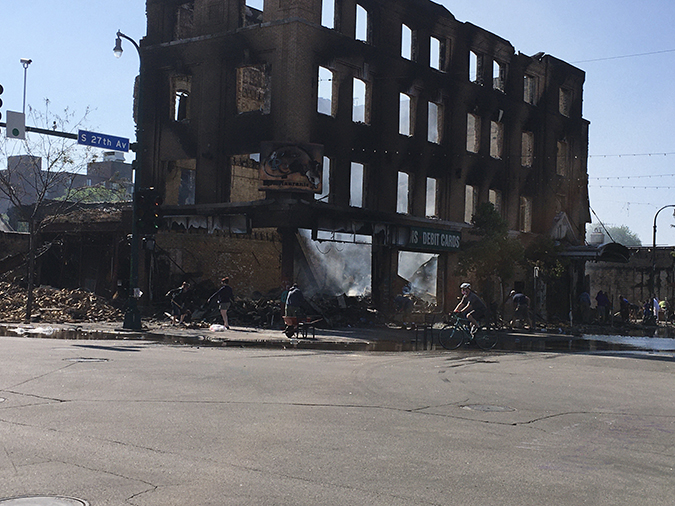 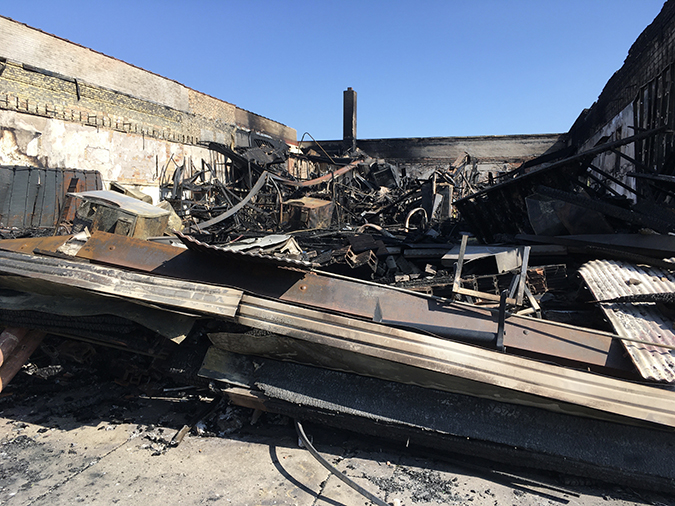 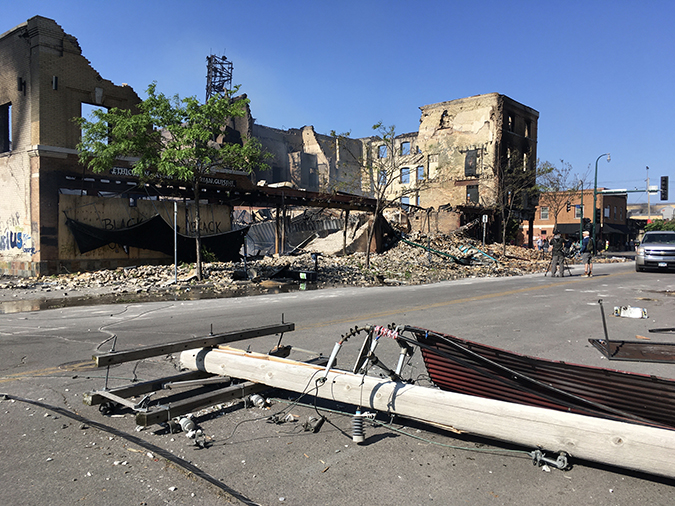 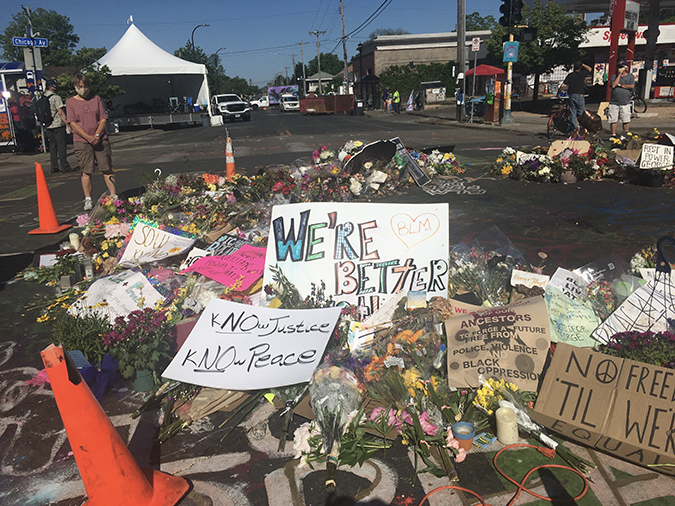 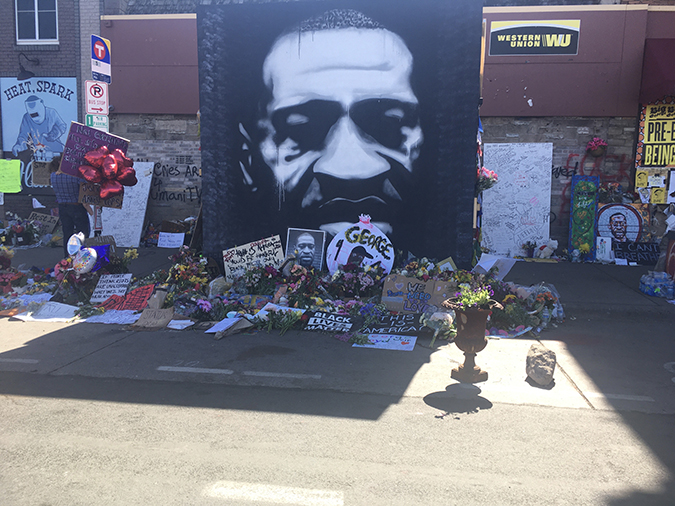