THIS DAY IN HISTORY… MAY 30

Bobby Lowe, second baseman for the Boston Beaneaters, became the first Major League player to hit four home runs in a game. Lowe accomplished this feat against the Cincinnati Reds. He had two home runs in the third inning and a total of six hits for the game. Also, at his defensive position, Lowe played barehanded. The Boston Beaneaters were famous, or perhaps infamous, for another reason also. Their pitcher, “Old Hoss” Radbourn, was the first player ever captured on camera extending his middle finger in a gesture of insult. Radbourn did this a second time also, when he was being photographed for a baseball card.

Four home runs and a middle finger, not to mention the team’s name. No way I could pass on the Beaneaters. We need more team names like that. Locally we could have the Edina Cake-Eaters. Sorry, you’d have to be from Minnesota to get that bad joke.

Republic Steel of Chicago refused to sign a union contract so the company’s steelworkers went on strike. On Memorial Day strikers gathered at a tavern, their strike headquarters, in southeast Chicago, then marched across a field toward the steel mill. There was an air of festivity, more of a parade than a march, and some workers had brought their families. Some carried small children on their shoulders. A line of Chicago policemen in front of the mill blocked their progress. As the front ranks of the two sides met and were talking, the police suddenly attacked with gunfire, teargas, and billy clubs. The crowd tried to flee with the police pursuing. Ten workers were killed, another nine permanently disabled, and scores suffered serious head injuries. Of the ten killed six were shot in the back. Republic Steel had supplied the police with the teargas and steel billy clubs. The confrontation was ruled as justifiable homicide and no policemen were ever prosecuted. The media sided with the police and labeled it a labor riot.

Police riot might be more accurate, and it wouldn’t be Chicago’s last. I wonder if the police at the 1968 Democratic National Convention were using the same billy clubs from Republic Steel.

Trujillo was dictator of the Dominican Republic, having been in control for thirty years. His dictatorship was corrupt and repressive as he amassed a personal fortune (5.3 billion in today’s dollars) while violating human rights. Trujillo had a reputation as the cruelest dictator in the Americas. He led a racially motivated massacre of as many as 30,000 Haitians living in the Dominican Republic. His reach was far as he ordered assassinations in Cuba, Venezuela, and even the United States. His power was complete and churches were required to have a sign reading: “God in Heaven, Trujillo on Earth.” On the night of May 30th Trujillo was on his way to visit his mistress when seven men ambushed him on a lonely road outside Santo Domingo. Trujillo and his chauffeur were killed. Retribution by the Trujillo family was swift and six of the seven assassins were captured and executed. One, Antonio Imbert, survived, and became a hero in the Dominican Republic. Rumor had it the CIA was involved, but Imbert insisted they had acted alone. Although it is believed weapons supplied by that agency were used.

I’ve been a news hound my whole life but do not remember this incident. Maybe because I was a couple of days away from high school graduation and was too self-absorbed.

Film producer. At a very young age, middle twenties, Thalberg created the standard for what film producers would be. In a battle over cost and creativity he fired famed director Erich von Stroheim. This was in the early days of Hollywood and clearly established who was boss in the world of film production. Thalberg oversaw the production of hundreds of film including such classics as “Mutiny on the Bounty” and “The Good Earth.” He also groomed such notable stars as Joan Crawford, Clark Gable, Lon Chaney, Jean Harlow, and Greta Garbo. Thalberg had suffered from a congenital heart ailment since he was a child and, at the top of his success, died at age 37.

Amazing, he was producing major motion pictures at an age when I was still struggling to produce coherent sentences. I did this write up and the next day watched the movie “Mank.” Thalberg is one of the principle characters in it. It is just a movie but he is not the shining star in this piece of work.

Poet. The Harlem Renaissance was an explosion of the arts that took place in the Harlem neighborhood of New York from about 1910 to the 1930s. Cullen grew up in it and became part of it. African-American, he attended mostly white institutions of higher learning and his poetry reflected both worlds. He believed in the oneness of art and believed poetry was poetry, there was no distinction between the races. This from Wikipedia: “Cullen believed that African-American poets should work within the English conventions of poetry to prove to white Americans that African Americans could participate in these classic traditions.” He also was not enthusiastic about any writing by African-Americans that erected rather than broke down barriers between the races. Cullen stood in contrast to another prominent poet, Langston Hughes, in this regard and cautioned Hughes not to be a “racial artist.”  Although in his own “The Black Christ and Other Poems,” he compared the lynching of a Black man with the crucifixion of Christ, for which he was criticized. Cullen’s popularity waned in the middle 1930s, and from then to the end of his life he taught school in Harlem. During this period he wrote children’s books and also wrote for the theater. Cullen died from the effects of high blood pressure at the age of 43.

I’m well aware of Hughes, but not Cullen. Without comparing their body of work, some artists just have a more lasting impact than others.

Actor. Pollard is best known for playing C.W. Moss in “Bonnie and Clyde.” He received an Academy Award nomination for Best Supporting Actor for that role. Early in his career he appeared in one episode of “The Many Loves of Dobie Gillis” as Jerome Krebs, cousin of Maynard G. Krebs. Bob Denver, who played Maynard had been drafted and Pollard’s character was to become a replacement. However, Denver failed his physical and returned to the show, and Jerome never appeared again. Pollard acted in numerous films over decades, often portraying characters slightly off center in a quirky way. Pollard passed away in 2019 at age 80.

For a time as a young man I thought about going to Hollywood and trying to be an actor, but then I realized Michael J. Pollard had an inside track on all the good roles. 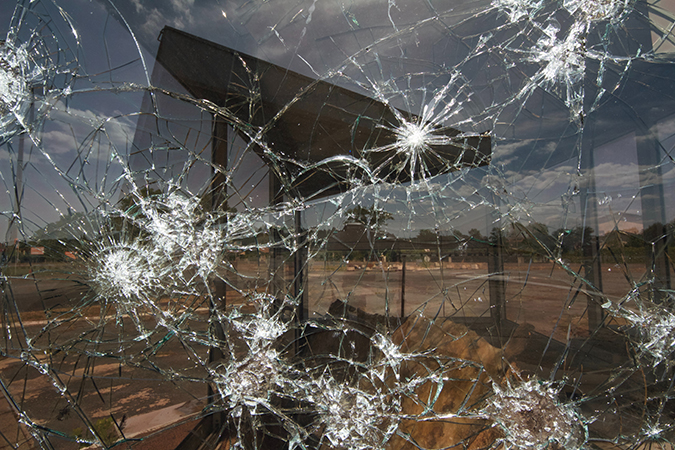