THIS DAY IN HISTORY… NOVEMBER 1

Many buildings and worshiper-filled churches were destroyed, and wide fissures in the ground opened during the estimated 8.5 quake. In addition, three successive tsunami waves struck the city. The earthquake took place on All Saints Day, the churches, filled with worshipers, collapsed and those inside were killed. Trying to understand the disaster under the beliefs of the 18th century, somebody had to be blamed. Reactionary inquisitors later roamed Lisbon’s streets hanging supposed heretics.

Kind of like Jerry Falwell blaming the 9/11 attacks on abortion, gays, secular courts and the ACLU.

I was in a minor earthquake once, in San Diego. I, along with several other sailors, had rented an apartment to get away from the Navy whenever we could. As evidence of our devotion to duty, all the mantles and windowsills were filled with empty beer bottles. I was there alone one day when suddenly all the bottles began making a clinking noise. Confused, I stood up and then felt the floor shaking. As the noise from the bottles increased, and I realized what was happening, I decided outside might be a better place to be. The shaking soon stopped and there was little damage. I briefly considered joining a mob in search of heretics but decided my time might be better spent in adding to the collection of empties.

Indirectly responsible for the death of thousands, his war-time deeds were forgotten. He served both Adolf Hitler and the American space program with his expertise in developing rocket technology. Motivated by his obsession with space travel von Braun claimed not to have been part of the Nazi regime; nevertheless, his programs used slave labor. Even though the U.S. was fighting against Germany, many in the government saw communist Russia as the real threat and von Braun as an asset against them. So his development of the V-2 rockets that killed thousands in England was overlooked.

It was not just von Braun, but a host of other Nazis were granted asylum in the U.S. For the greater good, it was rationalized. I guess the killing of six million Jews was viewed as an unfortunate sidebar.

Lumumba was the first democratically elected leader of what is now known as the Democratic Republic of the Congo. Lumumba’s pan-African politics and his vision of a united Congo gained him many enemies. Both Belgium and the United States wanted to have him removed from office. Both countries covertly funneled cash and aid to rival politicians who seized power and arrested Lumumba. After months of house arrest he was killed.

Lumumba was seen as a threat because he wanted to nationalize his country’s natural resources, while corporations from the U.S. and Europe were getting wealthy extracting those same resources. So he was labeled a communist, and compared to Castro, thereby justifying the need to eliminate him.

Well, given that corporations are people, one can certainly understand his crimes against humanity.

Moore was a featherweight champion boxer who lost his title in a bout with Sugar Ramos by a TKO. Later in the locker room he lost consciousness and three days later in White Memorial Hospital, Los Angeles, he died. Other boxers who lost their lives in the ring include Benny “Kid” Paret and Duk Koo Kim.

Makes me embarrassed that I ever loved to watch boxing.

American businessman and political donor. He is co-owner, chairman of the board, and chief executive officer of Koch Industries. Charles, along with his brother David, now deceased, controlled one of world’s largest fortunes. They used that fortune to buy politicians and put their stamp on how our government should be run.

I’d be embarrassed to love the America Charles Koch envisions.

Texas singer and songwriter. Although mostly performing country and  western, Lovett plays other music also including folk, jazz, gospel, and blues. From CMT.com: “He was one of the most distinctive and original singer/songwriters to emerge during the ‘80s. Though he was initially labeled as a country singer, the tag never quite fit him. Lovett had more in common with ‘70s singer/songwriters like Guy Clark, Jesse Winchester, Randy Newman, and Townes Van Zandt.”

Whatever it is that Lovett does, I’m not embarrassed to admit that I love it. 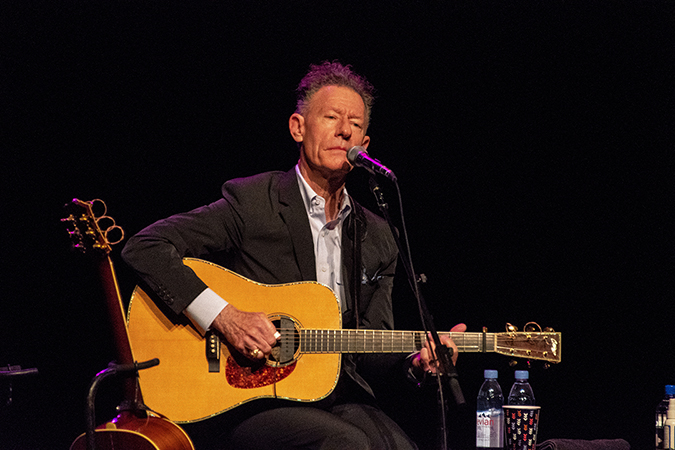