THIS DAY IN HISTORY… NOVEMBER 23

Three members of the Irish Republican Brotherhood, Wm. Allen, Michael Larkin, and Michael O’Brien were hung for their role in the murder of a British policeman. They were involved in a plot to help two fellow Fenians escape from British custody. In the course of the escape a guard was killed. All of it was part of a rebellion to end England’s rule over Ireland. The men became martyrs to the cause due to crying out “God save Ireland” from the gallows. Partly a religious war, partly a fight for independence, the “Troubles” have been going on since 1603.

My November 19th “Boss Tweed” post mentions how the conflict even spilled over to New York City. A peace finally has been brokered and however uneasy, there is now no armed conflict or bombings taking place.

The owner of the Philadelphia Phillies was banished because he bet on his own team. Pete Rose, All-star player and manager, has also been banned from baseball for betting on his own team. And at one point in his career Rose played for the Phillies.

Maybe it’s something in the water.

From NYTimes.com: “President Reagan announced today that he would pocket veto legislation tightening restrictions on lobbying by former Government officials and imposing them on members of Congress for the first time.” The bill would have banned former employees from lobbying on issues in which they were involved while in government. Reagan said the bill was “flawed and excessive,” and that’s why he vetoed it.

Ethics in government? I can see where that would be a hard sell. 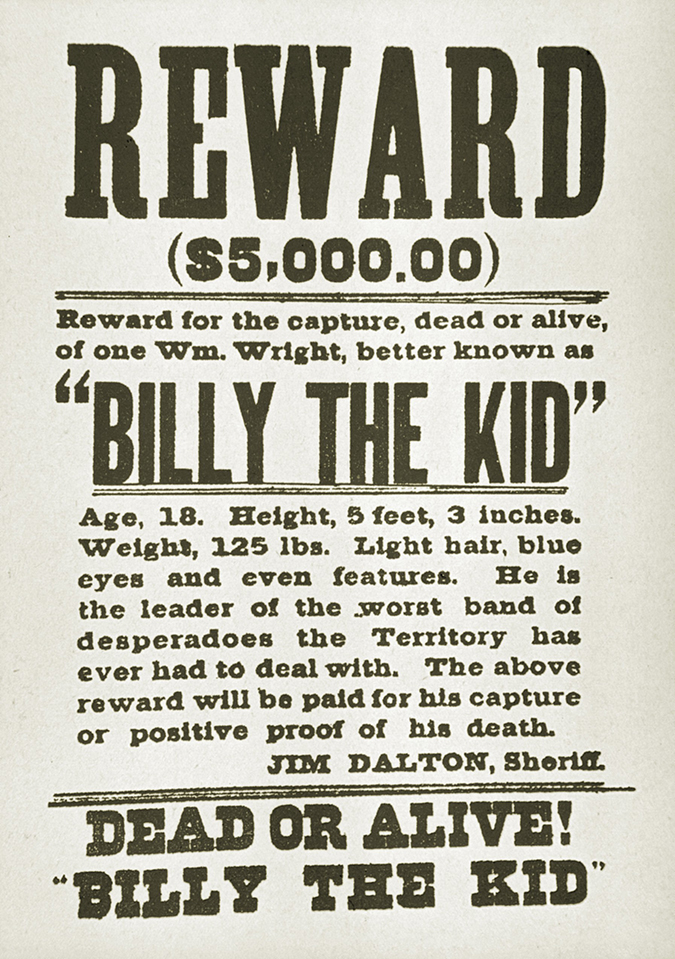 Small-time criminal, vigilante, cattle rustler, and gunslinger, Billy the Kid, alias William H. Bonney, led a short and eventful life. Born in Manhattan as Henry McCarty, probably illegitimate, to use the terminology of the time, his mother moved to Kansas when he was a child. Orphaned at age 14, he soon turned to crime. He is believed to have killed eight or nine men. A jailbreak allowed him to escape the hangman’s noose once, but he was gunned down in New Mexico several months later by Sheriff Pat Garrett.

Why do some otherwise small time characters receive such notoriety and lasting fame? Could it simply be the name change? Given the same deeds, I somehow doubt that Henry the Kid would have achieved the same status.

Rabe was a German businessman and member of the Nazi Party who was living in Nanking, China at the time of the Rape of Nanking. He became head of a small group of Westerners who established the Nanking Safety Zone which helped an estimated 200,000 Chinese escape massacre. At the time, 1937, Japan and Germany had an Anti-Comintern pact and Rabe used his party credentials to stall and deflect the Japanese assault on civilians. The number of people slaughtered by the Japanese army is estimated to be anywhere from 60,000 to 200,000.

Rabe received little credit for his heroic and humanitarian efforts. When he returned to Germany he tried to publicize the Japanese atrocities, even trying to send a letter to Hitler. This brought on Gestapo attention and interrogation. It was only through the intervention of his employer that he was released. And then after the war, because of his Nazi Party affiliation, he was arrested first by the Russians and then the British. He was released, but stripped of his work permit he lived the postwar years in abject poverty. When the people of Nanking learned of his plight they raised a sum of money and the mayor went to Germany to give it to Rabe. And every month thereafter a food package from Nanking arrived for him. Rabe died of a stroke in 1950.

So many Nazis escaped justice, with Gestapo members even working for the CIA. Yet a decent Nazi, perhaps the only one and pardon the oxymoron, suffers for his humanity.

One of the members of the Marx Bros. madcap comedy team. Harpo left school after the second grade and got his education on the streets of New York. He and his brothers first performed in vaudeville, then the stage, and finally they successfully transitioned to moving pictures in Hollywood. Unable to keep up with the fast talking wit of his brothers, they took away his lines. Offended at first, he countered with his mime act complete with honking horn. Harpo, a confirmed bachelor, finally married later in life, and then adopted and raised four children.

Quite possibly the only mime I’ve ever liked. And I know this is a stretch but in looking at their photos, I see a similarity between Billy the Kid and Harpo Marx. Maybe it’s simply the headwear, or something in the shared stance, but check it out. 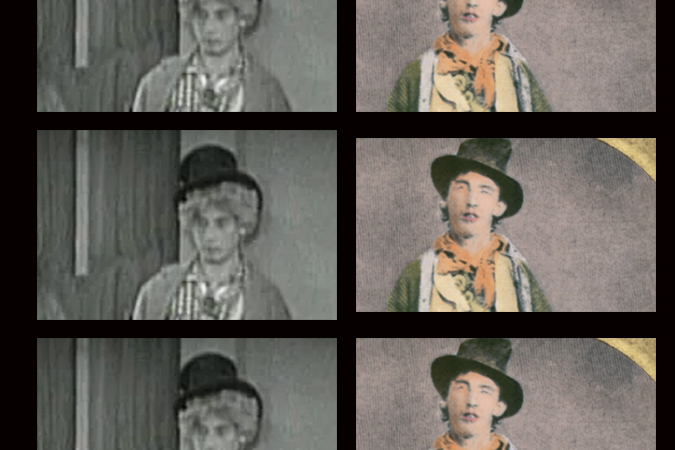 * Lead-In Image (Billy The Kid portrait) –  Everett Historical / Shutterstock.com – “Billy the Kid 1859-8 1 killed twenty two men during his short life of 21 years Print from THE STORY OF THE OUTLAW 1907 with modern color.” 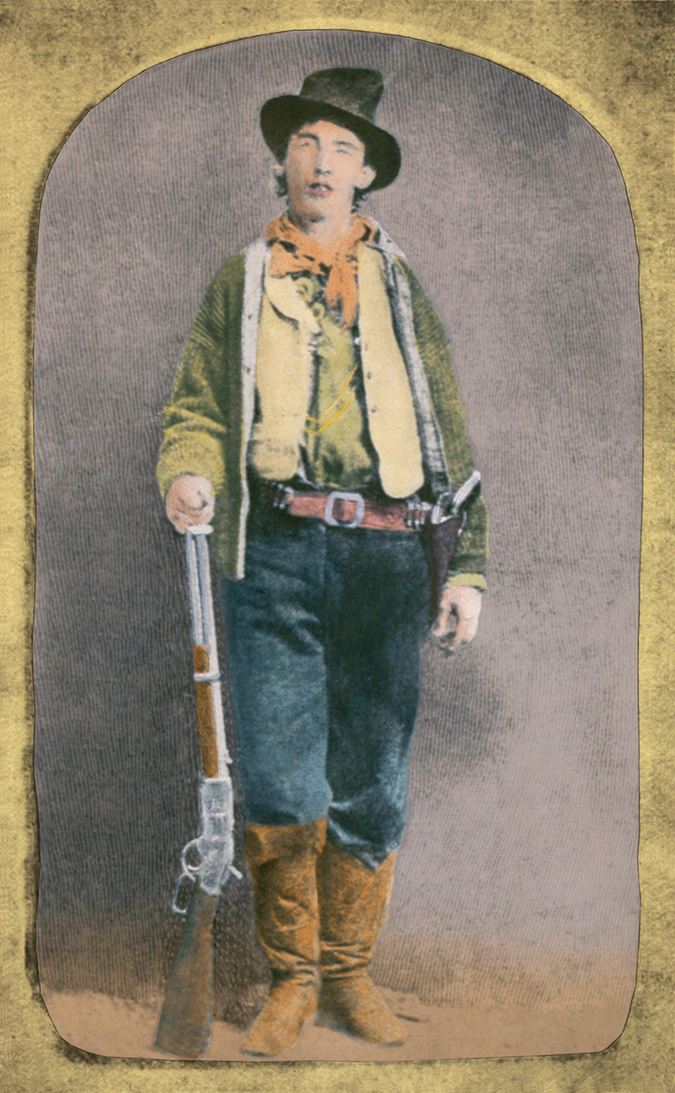 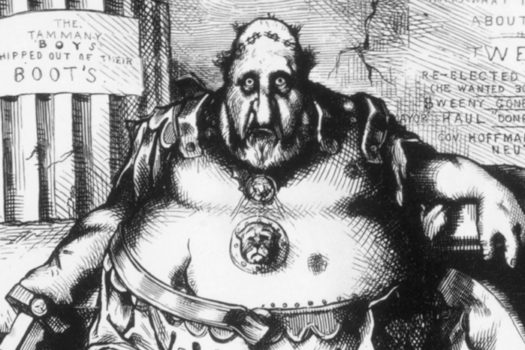