THIS DAY IN HISTORY… NOVEMBER 24

Although it had been invented a decade earlier Joseph Glidden received a patent for his improved version. It immediately became popular in agricultural areas, keeping livestock from wandering away or onto fields of crops. It also had more sinister applications in war and concentration camps. Its main legacy, however, is its part in helping tame the American West.

We called it barb wire and it was an accepted part of my boyhood. My friends and I spent a lot of time roaming the woods, pastures, and fields of the countryside surrounding our small town. A different time, a different way of life, no one ever protested two or three boys carrying rifles and tramping across their land in search of squirrels. Less rules, less restrictions, more freedom, more life. There was always a barb wire fence in our way and we became quite adept at crossing over or through them. Rifle butt pushing down a lower strand, someone lifting an upper one, we could duck through easily, only occasionally catching a barb. I preferred them to an electric fence. Good times long gone. I can’t imagine many kids have that easy access to squirrel hunt anymore.

As the primary suspect in the assassination of President Kennedy was being led handcuffed through the basement of the Dallas jail, he was shot and killed by Jack Ruby. Was it an unplanned spur of the moment act, as Ruby and the Warren Commission insisted, or a plot to silence Oswald? That issue is still being debated. Captured on live television, the murder was witnessed by much of the nation.

I was a radioman aboard the USS Jason and the military had been put on full alert.  There were no TVs on the ship so I was one of those who missed the live event. I was working in the crypto room at the time and had access to classified information but it was no more revealing than the confusion in the mainstream media. What I thought then is what I still think, Jack Ruby’s disservice to America is as great as Oswald’s.

A man using the alias Dan Cooper purchased a one-way ticket on Northwest Orient Airline flight number 305 from Portland to Seattle. The flight was only one third full and Cooper sat near the rear of the the Boeing 727. Once in the air he handed a note to a flight attendant (stewardess at that time) saying he had a bomb in his briefcase. He opened the briefcase to reveal eight red cylinders with wires attached. His demands included $200,000 in twenty dollar bills, $1,260,00 in today’s money, and four parachutes.  Northwest airlines met his demands and the plane was refueled in Seattle. The passengers and some of the flight crew were released. Remaining aboard were Cooper, two pilots, a flight engineer and one stewardess. A flight plan to Mexico with a refueling stop in Reno was filed. After takeoff Cooper ordered the crew into the cockpit and then opened a hatch and lowered the stairway at the rear of the plane. Somewhere between Seattle and Reno, over rugged terrain, he parachuted out into the dark and rainy night. The Air Force had scrambled some fighter jets to follow flight #305 but none of the pilots saw his exit.

The rest of the story remains unknown to this day. Did he survive the jump? Unlikely concluded the FBI. He was wearing a dark suit, a raincoat and loafers, not survival gear. However no remains, no trace of him, has ever been found which leads some people to believe he got away with the brazen heist. In 1980 an eight-year-old boy, camping with his family, found a packet of the marked bills, $5,800, along the Columbia River. The remainder of the money has never been recovered. In 2016 the FBI closed the case, unsolved.

D.B. Cooper was nothing more than a thief, a terrorist even for the fear he caused the others aboard that plane. Yet he has attained the status of a folk-type hero. There was panache to his bold plan that caught the public’s imagination. I admit I was captivated by it also. Against all reason, every once in a while in life you find yourself rooting for the bad guy.

The flight was one-third full? Ah, for those good old times.

Musician and composer. Joplin was known as the “King of Ragtime,” and his “Maple Leaf Rag” remains a popular musical piece to this day. As happens too often with great artists, Joplin’s music gained popularity years after his death.

It was in the 1970s that I fell in love with what he did. I had an album of his but somewhere in my many moves it got misplaced.

Author and lecturer. Carnegie was author of perhaps the most famous self-help book ever written, How to Win Friends and Influence People. Other people’s behavior can be changed through your own behavior toward them is at the core of the book’s message. Some interesting facts about Carnegie: before he became a known writer he sold bacon and soap, was an aspiring actor, an assistant to Lowell Thomas on a travelogue about Lawrence of Arabia, slightly changed the spelling of his last name to associate it with Andrew Carnegie, powerful steel magnate at the time, (no relation) and was listed as a conscientious objector in the army in WWI.

I read his famous book a long time ago. About all I remember is that if you really listen to someone else, it probably be reciprocated. Unless you’re dealing with a totally self-absorbed person such as. . . well, I’ll let you pick your narcissist of choice.

Drummer. Best is best known for having been drummed out of the Beatles and replaced with Ringo Starr. Shortly thereafter the Beatles burst onto the international rock and roll scene like no band before or since. There are any number of theories for his dismissal, ranging from he wasn’t all that good of a drummer to he-was-the-best-looking-of-all-the-original-Beatles-and-got-all-the-girls-and-made-McCartney-jealous. Regardless, he supposedly started missing some gigs and the Beatles got Ringo to stand in and realized they sounded better with him than Best.

Best tried to form his own band but met with little success. He had a difficult time with the Fab Four’s fame and fortune and his own struggling lifestyle. In the 60s, he reportedly attempted suicide, worked in a bread factory, and settled a libel suit with the band. For the next twenty years he worked in a civil service job before making peace with the past and getting back into music. As the All That’s Interesting site mentioned, it didn’t hurt that “Anthology” was released in 1995. The Beatles’ retrospective included Best in some of the Beatles’ earlier works and he received royalties of somewhere between one and five million dollars.

To have been that close, to have been part of it, man, that’s a helluva thing to be known for. I’m glad he got something out of it at the end. 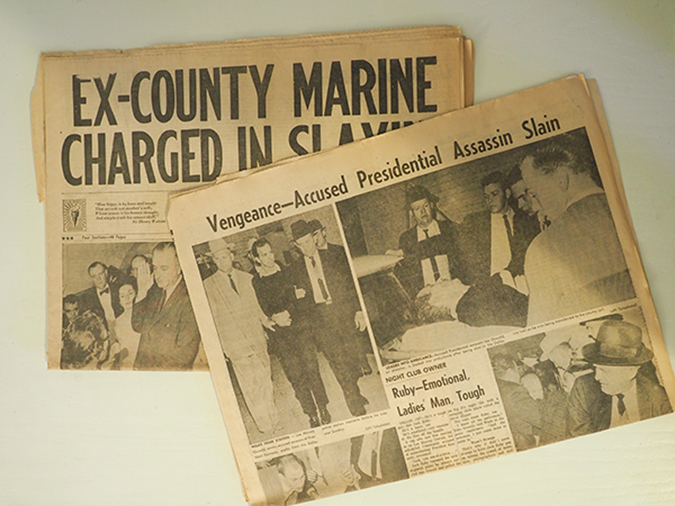