THIS DAY IN HISTORY… NOVEMBER 27

Pope Urban II gave a speech urging all Christians to go to war against Muslims in order to reclaim the Holy Land. It’s been called the most influential speech of the Middle Ages. He accused Muslims of anti-Christian acts and promised those who died fighting for Christianity absolution of their sins. Clerics spread the word and support for a crusade reverberated across Europe. Somewhere between 60,000 and 100,000 Europeans, mostly peasants, responded and marched toward the Holy Land where Christians and Muslims met in battle. Some making the crusade, besides displaying religious fervor, saw the opportunity for land acquisition and riches. This was the first of seven crusades spanning two centuries. Urban II died in 1099, fourteen days after the fall of Jerusalem to the Crusaders.

The effects of the Pope’s speech are still being felt a millennium later.

Hiss, a former U.S. State Department official, had served 44 months in a federal prison for lying under oath. Whittaker Chambers, a former US Communist Party member, testified before the House Un-American Activities Committee (HUAC) that Hiss had given him State secrets that he in turn passed on to a Russian agent. The statute of limitations had run out on espionage so neither could be charged with that. Hiss denied these charges. Chambers was believed, Hiss was not. The significance of this case is best presented by this from Politico.com:“Perhaps no criminal case had more far-reaching effects on modern American politics than the Hiss-Chambers spy case. It catapulted Richard Nixon, then an obscure California congressman, to national fame; set the stage for the notorious communist-hunting escapades of Sen. Joseph McCarthy (R-Wis.); and marked the rise of a conservative movement that would one day put Ronald Reagan in the White House.”

Hiss maintained his innocence to the day he died, as his friends and family continue to do so. Those on the conservative side are still convinced of his guilt. Russia says it has no records of any information being passed to them from Chambers.

Well, that settles it then, Russia would never lie or meddle in our politics.

Moscone was mayor of San Francisco and Milk was on the Board of Supervisors (city council). Milk was the first openly gay elected official in San Francisco. Dan White, a former police officer and firefighter, was also a City Supervisor. White and Milk had clashed on any number of issues, including the passage of a gay rights ordinance. White resigned as a supervisor on November 10th, then thought better of it and asked to be reinstated. Moscone refused his request. On the 27th, White went to City Hall and met with the mayor. In a private room Moscone again refused to reinstate him. White pulled out his service revolver from when he had been a police officer and fired shots into Moscone’s shoulder and chest and then two more into his head from six inches away. He went to Milk’s office and shot him five times, the last again a close range coup de grâce into his head.

At White’s trail he was convicted of manslaughter, not first degree murder. He was released from prison in 1984 and at that time admitted to a friend the murders had been premeditated. White committed suicide in 1986.

Manslaughter? History is rife with miscarriages of justice and this is one of them.

Been aware of Celsius versus Fahrenheit my whole life and never gave it a thought that they were named after two people.

I at first mistakenly read his name as Increase Summer. Shoot, I could have had fun with that.

Football player. McNally was a star player in the early years of the National Football League. He played for five different NFL teams including the Duluth Eskimos and the Green Bay Packers. He led the Packers to three straight championships. Raised in an affluent family in New Richmond, Wisconsin, his mother had him take violin lessons. He, however, rebuffed all attempts at refinement. As he said, “I had a definite resistance to culture.” Intelligent, he graduated from high school at age fourteen, worked on a farm in North Dakota, attended two years of school at River Falls, then enrolled at St. John’s University in Minnesota. There he was a star athlete in both baseball and football. It was at this time he, illegally, started his professional football career. Besides playing college football, on the side he’d play for a semi-pro team for money. That’s how he got his name. With another St. John’s teammate on their way to play for the E. 26th St. Liberties, they realized they couldn’t use their real names. They passed a marquee advertising the movie “Blood and Sand.” McNally said, “I’ll be Blood, you’ll be Sand.” With that Johnny Blood was born and his legend began.

After St. John’s Blood briefly went to Notre Dame where he joined the football team. He was a halfback but they wanted him to be a tackle. He refused. The coach told him be a tackle or else. Not accepting the “or else” ultimatum, Blood bought a motorcycle and with a girlfriend toured New England. In his own words Blood said his only contribution to Notre Dame football was doing a poetry assignment for one of the fabled Four Horsemen. After that he played professional football where besides displaying gridiron excellence he also set lofty standards for breaking rules. From Wikipedia.org, here are some of the antics that made the man a legend:

Blood was one of those players who could carouse all night and still play well the next day. When WWII broke out he joined the Army and served in India. After the war he became a coach and it is noted it was probably the only time the players worried about keeping the coach in line rather than vice versa. After football he returned to his home town where he ran for county sheriff on a platform of “honest wrestling.” He lost. He received a Master’s Degree in Economics in his 50s from the University of Minnesota and was one of the seventeen charter members of the NFL’s charter Hall of Fame. Johnny “Blood” McNally died in Palm Springs, California at age 82. His wife said of him, “Even when Johnny did the expected, he did it in an unexpected way.”

I read a biography about Johnny Blood and it was a rollicking read, just like the man’s life. 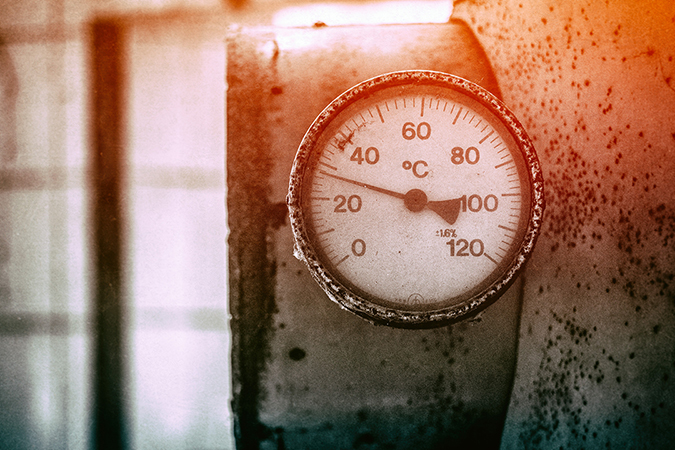