THIS DAY IN HISTORY… NOVEMBER 28

Thirty-six members of the Irish Republican Army ambushed a patrol of the Royal Irish Constabulary. This happened in retaliation for Bloody Sunday, which took place a week earlier, and both incidents marked an escalation of violence between the IRA and the British. The Black and Tans, and the Auxiliaries or Auxies, were part of the British occupying force there to suppress the fight for Irish independence. Because of their behavior, both groups were hated by the Irish citizenry. So when seventeen Auxies were killed in the ambush, it was viewed as an Irish victory.

With tens of thousands of British troops in Ireland, the loss of seventeen men was not a military defeat; however, it was significant politically. There was controversy in that there were rumors the Auxies had tried to surrender and were killed in cold blood. The British reacted with harsh measures that perpetuated the hatred and continuing violence that lasted far into the 20th century.

Hopefully the “Troubles” are finally over and peace will continue to prevail in Ireland.

Churchill, Roosevelt and Stalin gathered in Iran for a strategy meeting over how to proceed with the war. Much of it had to do with military matters, but they also engaged in some post-war maneuvering. Much of the focus was Stalin pushing England and the U.S. to open a second front against Nazi Germany by invading France. The meeting was difficult to arrange and that it happened at all was remarkable. Stalin was reluctant to leave Moscow and refused to fly, and FDR’s health was already deteriorating, plus he was in a wheelchair. Churchill, however, was willing to go anywhere, anytime. The reality was FDR was giving up his health and life for the war effort. He had to come the farthest, 7,000 miles, and his physical condition was frail.

Stalin mostly dominated the meeting and it has been suggested it was at Tehran that Churchill realized the British Empire would no longer be significant, much less dominate. Concession were made to Stalin regarding Poland and Eastern Europe; Iran was to become an independent country; Turkey was urged to enter the war against Germany; and Russia agreed to enter the war against Japan once Germany was defeated. General consensus is that Stalin got more than he gave away.

I’ve always thought Russia was a Johnny-come-lately in the war against Japan, and that they entered only after Japan’s defeat was certain in order to get in on the spoils. They justified it due to the fact they took the brunt of the Nazi military fury. Nice to know that it was part of the plan.

While serving fifteen life sentences, serial killer Dahmer was beaten to death in prison. Dahmer was unrepentant about the heinous crimes he had committed and even bragged and taunted other prisoners about them. Another prisoner, Christopher Scarver, had enough and went after him with an iron bar. Scarver believed the guards had purposely left them alone. Although charged with murder, Scarver also was moved to a better prison for his deed.

Justice sometimes has a strange way of being served.

Actor, director, writer, taxi cab driver. Jeannette is believed to be the first woman, in 1942, to get her cab license in New York City. She rammed another cab, on purpose, on her first day on the job. As an African-American driver, Jeannette was supposed to remain uptown. Instead she pulled up in front of the Waldorf-Astoria hotel in downtown Manhattan. She ignored the insults from other drivers until another cabbie tried to cut her off from a fare. She rammed him, and got the fare.

Jeannette got into acting accidentally. She stuttered and went to a class in a theater to correct it. That led her to studying acting alongside Sidney Poitier, Ruby Dee, and Ossie Davis. Acting on Broadway, she realized there was a dearth of authentically written roles for black actors and that led her to writing.

Jeannette was married to a man thirty-five years older, a heavyweight prizefighter who sometimes served as a bodyguard for singer Paul Robeson. Because of her association with Robeson and his radical politics, she was barred from working during the communist scare of the 1950s. After that passed she was offered work in Hollywood, but turned it down to stay in Harlem to ensure good theater thrived there. Jeannette continued directing until age 98. She died in 2017 at age 103.

In doing this column I’m sometimes blown away by what some people have done.

Adventurer and travel writer. Murphy traveled the world, mostly alone, on foot and bicycle, Encouraged by her parents, unorthodox themselves, she began bicycling through Europe in her late teens. She biked from Ireland to India in 1963, which led to the book “Full Tilt” and a writing career. She has written twenty-six books, is a woman of strong opinion, and does not suffer fools well. Her favorite drink is beer and at the start of a recent interview, hoisted a pint, took a sip, and said “Lovely, lovely.” She maintains that most travel writing now is tourist writing, and there is a difference. She noted that whatever the type of government, it didn’t reflect the people she encountered.

From her travels she developed these astute observations. One regarding global capitalism: “There has been a sustained and dreadfully successful campaign to make most people dissatisfied with what I would call the normal life and some would call the simple life.” Another one about people: “Something I have learned is that most people are helpful and trustworthy, that people are generally good and corporations and institutions are generally bad.”

It’s always nice to discover someone who has lived their life completely on their own terms, and not swayed by outside influence, however persuasive.

Comedian, director, political commentator. Stewart hosted “The Daily Show,” a satirical news show, from 1999 to 2015. It drew heavily on current news events and billed itself as a “fake” news show. Stewart used comedy to effectively poke holes in the facades of the powerful. Besides Stewart, the show spawned the career of a number of satiric comedians including Stephen Colbert, Trevor Noah, Samantha Bee, Steve Carell, and John Oliver.

Stewart was an advocate for the emergency responders at the World Trade Center on 9/11 and the rescue and cleanup afterwards. Due to the toxic environment at the site, many of them developed cancer or other deadly illnesses. He publicly fought for their benefits against a bureaucracy that was slow to respond.

Stewart is currently retired from television but will be directing another movie.

Although there are a lot of good political satirists right now, for me Stewart is still the gold standard. 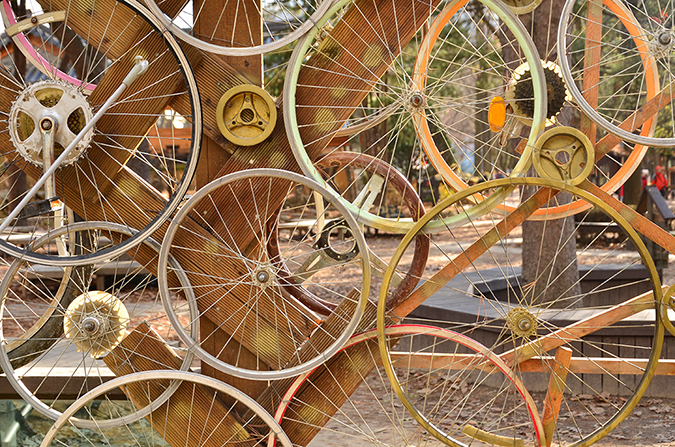