THIS DAY IN HISTORY… NOVEMBER 9 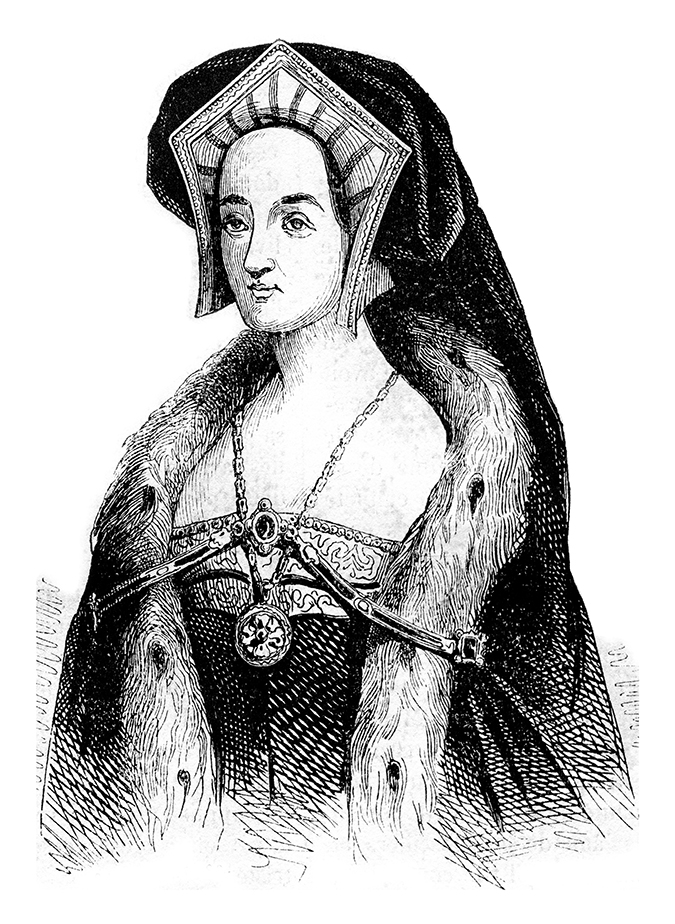 Accused of promiscuous mischief, husband Henry VIII had her sent to the tower and five days later executed.

She was a child of ten taken captive during the French and Indian War. Six years later as a result of a peace treaty (later violated by white settlers) 60 white captives held by the Indian tribes were released. Mary was among those released. Purportedly, many of the captives wanted to return to living with the Indians. It is not known if Mary was one of them or not.

From History.com: “Mary Campbell lived through the major turning points of late 18th-century America. She was an adolescent among the Indians as they attempted to reassert their rights to the American landscape and a woman among colonists as they fought to free themselves of the British empire. Mary wed in 1770 as colonial protests became violent and gave birth to seven children as her home, Pennsylvania, was reborn first as a state independent of Britain and then as part of a new nation.“

It seems a woman would have been better off being kidnapped by Indians than married to a respected king. Tell me again, which ones were considered the “savages?”

Starting in the late hours of November 9 and continuing into the next day, Nazi mobs torched or vandalized hundreds of synagogues throughout Germany and damaged or destroyed thousands of Jewish homes, schools, businesses, hospitals, and cemeteries. Nearly 100 Jews were murdered during the violence. Nazi officials ordered German police officers and firemen to do nothing as the riots raged and buildings burned, although firefighters were allowed to extinguish blazes that threatened Aryan-owned property.

According to History.com: “Despite Roosevelt’s condemnation of the Nazi violence, the U.S. refused to ease the immigration restrictions it then had in place, constraints that prevented masses of German Jews from seeking safety in America. One reason was anxiety over the possibility that Nazi infiltrators would be encouraged to legally settle in the U.S. A more obscured reason was the anti-Semitic views held by various upper-echelon officials in the U.S. State Department.”

This all sounds sadly familiar regarding the Syrian refugees.

According to NYTimes.com: “At 8:15:17 a.m. on Aug. 6, 1945, Major Ferebee pushed a lever in his B-29 bomber, the Enola Gay, making sure an automatic system he had activated seconds earlier had functioned. He watched as a single, 9,000-pound bomb turned nose-down and fell toward its target, Aioi Bridge, which he had personally selected from aerial photographs. 43 seconds later, when the bomb had fallen from 31,000 feet to 1,890 feet above the target, the sky erupted in dazzling light, and the earth soon seemed to seethe like boiling liquid. At least 80,000 Japanese were killed instantly or would eventually die as a result of radiation from the explosion. And the atomic age was born. Ferebee, who retired from the Air Force in 1970, always argued that the Hiroshima bomb was necessary. ‘I’m convinced that the bombing saved many lives by ending the war.’”

I’m still conflicted by its use. Would the Japanese have surrendered anyway, or would an invasion, with an estimated one million American casualties, have been necessary? My rationale is biased because my father was part of the invasion force. His life may have been spared because of the bomb. Another thought: because the bomb was invented, it had to be used. That’s just the way the human mind, and especially the military mind, works. If not back then, perhaps a much more powerful hydrogen bomb would have been used on people. And we do have the horrific examples of Hiroshima and Nagasaki as a deterrent.

Our current president, upon being briefed on our nuclear arsenal, apparently being woefully ignorant about radiation and nuclear winter, remarked “Why do we have all these nuclear weapons if we’re not going to use them?” All humanity may be facing a bleak future.

A Hall of Fame pitcher for the St. Louis Cardinals, Gibson was one of the most intense competitors of all time. He also may well have been the most intimidating pitcher in history.

I’m a baseball fan, but the dawdling pace of today’s game is getting to me. One of the reasons I liked Gibson is that he didn’t mess around. A radio announcer once said about him: “Gibson pitches as though he’s double parked.”