THIS DAY IN HISTORY… OCTOBER 1

Ukrainians have long believed they were their own separated territory, while Russia saw Ukraine as part of their hinterland. Ukraine is valuable to Russia because of its Black Sea coast and as a favorable climate for agriculture. The region chafed under Russian rule and long sought its independence. That goal was achieved briefly but Crimea, a region Ukrainians believe belongs to them, was again annexed by Russia in 2014. This dispute is ongoing.

Precedent was set in 1653 and Putin currently is simply following up on it. The fear is that the rest of the world could get drawn into that struggle.

Marx wrote that the motivating factor behind capitalism was the exploitation of labor. And through that exploitation the ruling class became rich.

I’ve never read the book but for a very interesting period of my life I was the accountant for a Communist Café. The New Riverside Café initially opened its doors with the creed: “From each according to his ability, to each according to his needs.” In other words, “eat what you need, pay what you can.” Unfortunately, to no surprise, needs exceeded ability.

The New Riv had an interesting beginning fresh on the heels of the turbulent era of the 1960s. A vacant building stood on the corner of Cedar and Riverside in an area known as the West Bank (so named because part of the U of M was located on the west side of the Mississippi). The West Bank was a haven for the hippie anti-authoritarian counter-culture world. Well, some of these counter-culture types decided to start a restaurant in this vacant building. The building had been long abandoned and I think the city owned it. Basically, the hippies squatted, and predictably the city took umbrage at the idea of squatters. Police were sent in, the neighborhood mobilized, a standoff ensued, and the police withdrew. This was the era of street protests turned violent so everybody was accustomed to their roles. Car batteries were hauled to the roof of the building wired to car horns to form a klaxon to warn the neighborhood if the police attempted a surprise attack.

I think what happened was that the city simply wearied of the issue and just gave in. An LLC was formed for the coop to buy and rehab the building. This was about the time I came aboard. Communism had morphed into a kind of ersatz capitalism spiced up with a heavy dose of anarchy. The pay was low, the work hard, the spirit infectious, and the vegetarian food dynamite. It was a workers’ owned collective with a motto of: “No Meat – No Bosses.” Communists, anarchists, artists, flower children, all assortment of crazies and lost souls found a haven at the New Riv. One rather happy-go-lucky “who me, worry” type had a fake name, because he was wanted for having hid Abbie Hoffman when he was on the run. Incredibly, the café was also quite prosperous. “Suits” we called them, would come from downtown office buildings to eat lunch at the vegetarian hippie café. Then the bubble burst. The U.S. invaded Iraq for the first time and our huge plate glass windows were covered with anti-war slogans. The “suits” stayed away and a slow decline began. I was offered another opportunity at the time and moved on also. But of all the jobs I’ve had in my life, the New Riv was certainly the least boring.

I was in my 4th day of boot camp and for some reason baseball was not in the forefront of my thoughts. Incidentally, Maris was born in Hibbing, Minnesota, along with Hall of Fame basketball player Kevin McHale and Vincent Bugliosi, prosecutor of Charles Manson and his gang, and author of “Helter Skelter”. Also, Bob Zimmerman, aka Bob Dylan, was raised there. Must be something in the water.

Who were they? All were generals in the Confederate Army.

If you want your child to either be an actor or a Confederate general, it seems October 1st would be a good day for them to be born.

He was my favorite player when he was with the Minnesota Twins and a delight to watch play. With such a smooth swing and effortless stride when running, he often made the game look easy. 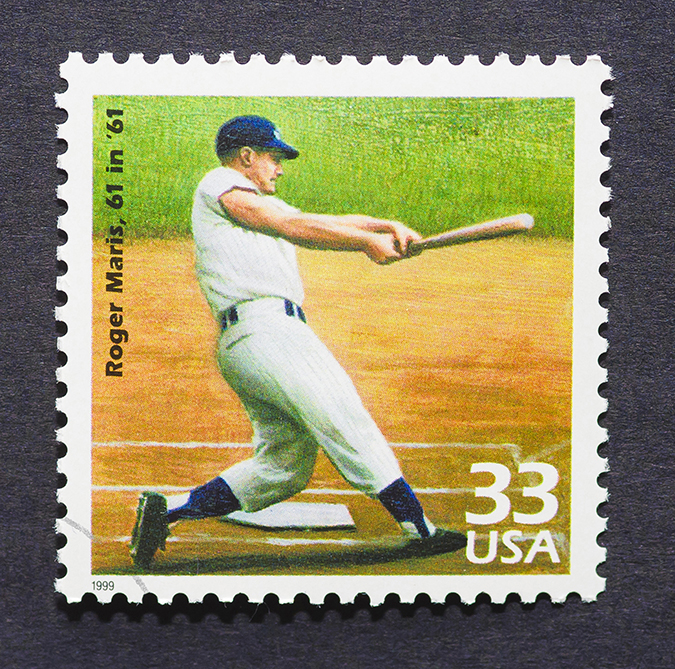