THIS DAY IN HISTORY… OCTOBER 11

300,000 killed. The massive casualty toll drew me to research this event. Until the 1990s, it was considered one of the ten worst disasters of all time. Then further investigations revealed some troubling facts. For one thing, the population of Calcutta in 1737 was 20,000, or even maybe only 3,000. The math doesn’t work out. Another thing, it wasn’t an earthquake but a hurricane. British sailors who came upon the scene were the basis for newspaper accounts. They returned to Europe six months after the disaster, so it must have become exaggerated in their minds with time. The fact that the community was devastated is true. The actual death toll was closer to 3,000, which may have been the entire population. That true fact could have led to the exaggeration. It was a tale which grew taller and taller with the telling, and newspapers, eager to sell copies, readily jumped on it.

So the media isn’t perfect, big deal, they were only off by a couple of zeroes.

This was the first day of the naval battle for control of Lake Champlain. The British intent was to invade from Canada, take Lake Champlain and Fort Ticonderoga, and split the American forces between New England and Philadelphia, thereby ending the fledgling rebellion. The Americans had to hastily build a fleet to challenge the invaders. Leading this effort was a newly promoted general named Benedict Arnold. He had some shipbuilding experience and quickly constructed a sixteen-ship fleet ranging from three schooners to eight gondolas, or gunboats, propelled by oars. The British had approximately three times as many ships manned by experienced sailors. Arnold, by contrast, had to requisition men from the army for his ships. Realizing he was outmatched, Arnold did not engage on open water. Instead, he placed his ships in a cove behind Valcour Island. The entrance was narrow, so the British could only send in a few ships at a time to attack. The bad news was that the American fleet was trapped there. However, that night, under the cover of darkness and fog, muffling their oars, they snuck past the British. For the next two days there was a running battle as the British fleet chased the Americans, inflicting heavy damage.

Based on ships lost, the battle was a victory for the British but a strategic success for the Americans. The delaying action kept the British from taking Fort Ticonderoga and disrupted their invasion plans. Arnold ran his remaining ships aground, destroyed the guns, burned the ships, and escaped on foot carrying the wounded in slings made from the sails. On the American side there were 80 men killed and 120 wounded.

A brilliant commander, Benedict Arnold did so much for the American cause, until, well, you know.

In Bryant Pond, Maine, at 2PM, all telephones were converted to dial service. They were the last 250 customers to join the modern era.

I remember as a young boy picking up the phone and an operator saying “Number please.” Talk about pressure. More than once I hung up in panic. I wonder how far off we are from having the last land line disconnected, and if it will seem so quaint.

U.S Attorney General, Supreme Court Justice, and Chief Justice of the Supreme Court. Stone was Attorney General under President Coolidge, and Coolidge later selected him for the Supreme Court in 1925. Despite his Republican pedigree, Democratic President Franklin Roosevelt elevated Stone to Chief Justice in 1941. This probably was because Stone was one of the Three Musketeers, the liberal wing of the court, and stood in opposition to the conservative justices. He had supported FDR’s New Deal policies, including the Social Security Act. He died in 1946, leaving behind a sharply divided Supreme Court.

I think of Supreme Court Justices as highly learned and intelligent legal historians who are selected to support a political bias by establishing or manipulating the meaning of a law. Evidence? Case 531 U.S. 98 Bush vs Gore.

Writer, reformer, advocate of women’s and social issues, and First Lady. Married to Franklin Roosevelt, she had been walked her down the aisle by her uncle, President Teddy Roosevelt. Despite her affluence, Roosevelt had a difficult childhood, losing both parents and a brother by the time she was ten. She was raised by a stern grandmother who was very critical of her. This trend continued with a domineering mother-in-law after she married Franklin. Devastated when she learned of her husband’s affair with another woman, she remained married and supported Franklin’s political career, but began to live a more independent lifestyle. She became involved in several organizations that advanced women’s political causes. When FDR became president, she lobbied for women on his cabinet and was instrumental in Frances Perkins being named Secretary of Labor. She also worked for racial equality and resigned from the Daughters of the American Revolution after they refused to allow African-American singer Marion Anderson to sing in Constitution Hall. She continued to work for social and racial causes until her death in 1962.

She set the bar for any future 1st Lady, and hopefully someday, 1st Man, pretty high.

Journalist. Alsop worked for a number of publications, most notably the Saturday Evening Post, and finished his career as a columnist with the Washington Post. At the start of WWII, he was staff historian for Chennault’s “Flying Tigers” in Burma. He was in Hong Kong on December 7th, 1941 and was captured and imprisoned by the Japanese. He had changed into civilian clothes, said he was a journalist, and six months later was released in a prisoner exchange.

Alsop called himself “A Republican by inheritance and registration, and… conservative by political conviction.” He covered foreign affairs, was said to have worked closely with the CIA, and helped to shape our national foreign policy. Anti-communist, he wrote in support of America’s involvement in Vietnam. He was, however, a critic of Senator Joe McCarthy. In 1957, on a trip to Moscow, Alsop was entrapped and photographed by the KGB in a homosexual liaison with a KBG plant. The Soviets threatened to release the photos unless he spied for them. He refused and continued to denounce the Soviet Union in print. Those photographs eventually ended up with J. Edgar Hoover. Immensely influential, his column appeared in over 300 newspapers. Alsop died in 1989, and an autobiography was published posthumously.

I agree with him on McCarthy, disagree on Vietnam, and respect him for standing up to the threat of revealing his closeted lifestyle. 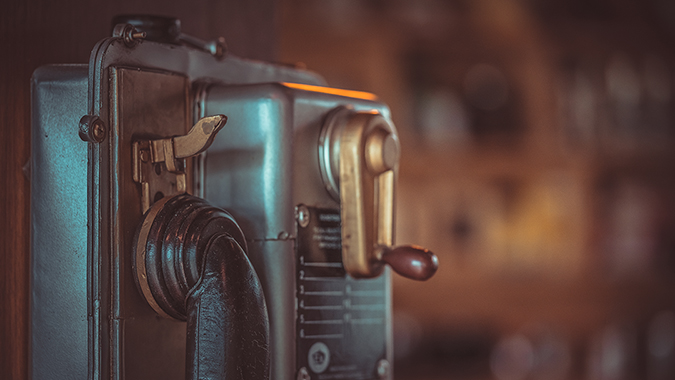