THIS DAY IN HISTORY… OCTOBER 17

Eleven sailors were killed and thirty-two wounded when German U-boat 568 attacked the American destroyer. The ship was stationed in Reykjavík, Iceland and when a British convoy was attacked by a Wolfpack of German submarines it went to their aid. The Kearney dropped depth charges and U-boat 568 struck back with a torpedo. The sailors were the first American casualties of WWII. The ship made it back to Reykjavik, was repaired, and survived the war. Hitler used the Kearney attack as a reason for declaring war on the U.S. on December 11, 1941. A few hours later Congress followed suit and declared war on Germany.

To the men of the Kearney the war had started months earlier.

From NobelPrize.org: “The Nobel Prize in Literature 1957 was awarded to Albert Camus “for his important literary production, which with clear-sighted earnestness illuminates the problems of the human conscience in our times.” The French writer, born in Algeria, viewed the world through a philosophy labeled as “absurdism.” He was also labeled an existentialist but he rejected that term. His novels include The Stranger and The Plague. Camus was the second youngest writer to win the award at age 44. The youngest was Rudyard Kipling at 42.

Reading “The Stranger” was one of the most intense, involved and memorable literary experiences of my life.

1961 – The Paris Massacre. Also listed as the Battle of Paris.

Starting in 1954 Algeria had been fighting a war of independence against France, trying to throw off the yoke of colonialism. The Algerian National Liberation Front (FLN) took the fight to the streets of Paris. Approximately 150,000 Algerians lived in Paris at the time. The chief of the Paris police was Maurice Papon, who had been part of the Vichy government that had collaborated with the Nazis in WWII. Included in his force were patrolmen who had helped send Jews to concentration and death camps. The FLN waged a terrorist campaign, sometimes killing policemen. Papon retaliated by having ten Algerians killed for every policeman lost. The police were indiscriminate in that Tunisians, Moroccans, and even Spanish and Italians were mistakenly viewed as Algerian. On October 17th there was a mass demonstration, intended to be peaceful, attended by 30-40,000 Algerians. Papon told his men ‘You also must be subversive in the war that sets you against others. You will be covered, I give you my word on that’.” The police were brutal in their clashes with the demonstrators, shooting, beating and even driving them into the Seine to drown. The death toll is inexact. At the time the police said two. An investigation in 1998 put the number at 48. Later studies revealed it could well be into the hundreds. Also in 1998 Papon was convicted of crimes against humanity for his role with the Nazis in WWII.

Okay, here is something I don’t understand. The Vichy government had licked the boots of their Nazi conquerors. They were widely despised as collaborators. So how does Papon, a known collaborator, rise to such a position of power? He was the exact opposite of Camus, yet… I suppose the answer is easy enough. Just be enough of an anti-communist and everything will be forgiven.

Writer. Born to Jewish parents in New York City, West changed his name from Weinstein while spending three months in Paris as a young man. Prior to that he had dropped out of high school, then forged a diploma to get into college where he did poorly, spending most of his time reading. After a stint working construction he got a job as a night manager in a hotel in Manhattan. It was there he honed his writing skills and completed his first novel, Miss Lonelyhearts. At the time he was part of a group of writers that included William Carlos Williams and Dashiell Hammett. He was a published author but his work did not sell well, so West moved to Hollywood where he became a part-time screenwriter and wrote another novel, The Day of the Locust. In Hollywood he became friends with F. Scott Fitzgerald. West tragically died in a car accident in 1940 at age 37. His writing was not appreciated at the time but became more popular and respected later on. Here is an excerpt from Wikipedia.org describing West’s writing: West saw the American Dream as having been betrayed, both spiritually and materially, and in his writing he presented “a sweeping rejection of political causes, religious faith, artistic redemption and romantic love.”

Questioning the pursuit of the American Dream has always been good fodder for a writer. West did it well.

1933 – Jeannine Deckers AKA Sister Luc Gabrielle AKA The Singing Nun.

While in a convent in Belgium the sister wrote her own songs and played guitar. In 1961 she and three other nuns approached Phillips Records in Brussels and requested a session. The studio, not expecting much, agreed and was soon impressed. They put out an album and one of the songs, “Dominique” was also released as a single. “Dominique,” sung in French, rose to the top of the charts in the U.S. in late 1963 and remained there for four weeks. The song kept the Kingsmen’s “Louie Louie” from making the top spot. Jeannie Deckers’ personal story becomes tarnished after that golden moment. She received little money from her fame, the studio and Dominican Convent taking most of the royalties. Deckers left the convent in 1966 but remained a practicing Catholic her whole life. She never found success in the music business again and to support herself taught at a school for autistic children. She lived in an apartment with a woman friend but they both insisted they were not lesbians. Deckers stated her one true love was God. In the late 1970s the Belgium government came after her for back taxes for the royalties she had received. (Supposed to have had received, anyway.) Depressed and destitute, Deckers and her friend committed suicide in 1985. She was fifty-one years old.

I remember when the song was a hit. It brought me some joy in my otherwise drab and depressing life aboard the USS Jason. The rest of her life story has brought me little joy.

Seems October 17th was a good day for rock musicians to have been born. 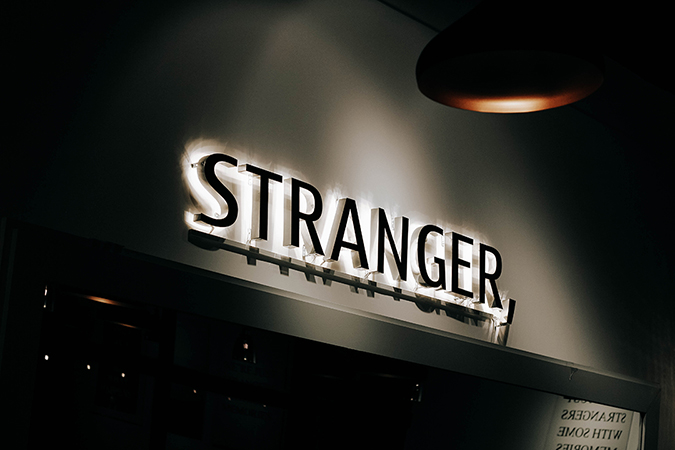