THIS DAY IN HISTORY… OCTOBER 18

Born in West Africa, she was kidnaped as an eight-year-old child and brought to Boston in 1761. There she became a servant to the Wheatley family. They recognized her intelligence, and contrary to the customary treatment of slaves of that period, she was taught to read and write. She began writing poetry and was first published at age thirteen. Wheatley gained fame in both the Colonies and England when her book Poems on Various Subjects, Religious and Moral was published in 1773. Seventeen prominent Bostonians, including John Hancock, attested to the fact that she was the author.

Wheatley supported the fight for independence and wrote poems honoring George Washington. Impressed by her works, Washington extended an invitation and they met in March of 1776. She struggled after her release from slavery, unable to find a publisher for another book of poetry. She married another freed slave in 1778 and had three children, all of whom sadly died in infancy. She struggled financially, her health failed her, and she died in her early thirties. Phillis Wheatley and one of her children were buried in an unmarked grave, but her name was not lost to history.

Such a noble and tragic story.

The Crimean Peninsula is one of those troubled regions of the world where conflict perpetually gathers. Throughout the ages it has been part of various empires: Greek, Roman, Byzantine, Mongol, and Ottoman. In the late 18th century, Catherine the Great defeated the Ottomans and Crimea was handed over to Russia. After the Soviets took over Russia, Crimea was granted its independence in 1921. But not totally, it seems. They were an oblast, which means sub-region, of first Russia from 1945 to 1954, and then Ukraine, from 1954 to 1991. Then they became the Autonomous Republic of Crimea, which sounded good. Too good for such a valuable region it seems, for in 2014 Russia swooped in and in a suspicious referendum, annexed Crimea once again.

So there, everything you didn’t ever want to know about Crimea.

It was a set of skirmishes that took place in an area that now includes the Bronx. The British, intending to flank and trap Washington’s army on Manhattan Island, advanced with 4,000 men, most of them Hessians. Facing them were 750 men of the Continental Army led by Col. John Glover. He placed his men behind a succession of stone walls and as the redcoats advanced, the front rank would fire and then fall back. The British suffered far heavier casualties than the Americans, and the advance moved forward only at a slow pace, allowing Washington’s army to retreat and survive.

The main battles are usually the focus of history. Much has been written about places like Bunker Hill, Saratoga, and Yorktown, yet an unknown battle such as Pelham played just as large a role in the fight for independence as any of them. The sacrifices of those participating were also just as great.

Austrian general and statesman. Born in Paris, his parents were part of King Louis XIV’s court; Eugene was shunned by the French aristocracy. His appearance as described as ugly, with a too large nose and two very prominent, protruding teeth. Because of his poor physique and unfortunate bearing he was groomed for a life in the church. Rejected by the French, he offered himself to Austria where he became a military genius. He rose quickly through the officer ranks, helped the Austrians fend off a Turkish invasion,n and was a successful general in several wars after that. His tactics provided strategic insight to both Frederick the Great and Napoleon.

Poor physique and unfortunate bearing lead toward a life in a religious order? Huh, maybe that’s why my family wanted me to be a Lutheran minister.

All three were generals in the Confederate Army. And none of the three survived the war. Grayson died of tuberculosis and pneumonia in 1861. Winder was a strict disciplinarian and if a Union shell hadn’t killed him in 1862, rumor had it that his own men would have. Walker incurred the wrath of another officer in the Confederate ranks, challenged him to a duel, and died in that duel in 1863.

Perhaps the Confederacy should have checked their horoscopes before making generals out of them.

Academy Award winning screenwriter. He found success as a Hollywood screenwriter in the late 1930,s but his career was cut short in the early 1950s by the House of Un-American Activities Committee. He had joined the Communist Party as a young man and that act caused him to be blacklisted by Hollywood. Concerning his involvement, he said “I wish we had done something to deserve being blacklisted. I wish we’d had that much influence on film or on politics at that time. I think the world might have been different. But we didn’t.” Well said, Waldo. I use his first name because I knew him personally.

Throughout the 50s and well into the 60s Waldo struggled, finding what writing work he could, using a pseudonym. As the blacklist slowly lifted he was offered the chance to write the screenplay for Midnight Cowboy, for which he received the Academy Award. Back in Hollywood again, Waldo wrote the screenplays for a number of great films including Serpico, The Day of the Locust, and Coming Home, which garnered him a second Academy Award. In an acceptance speech for a different writing award, shortly before his death in 1987, Waldo said, “As writers true to ourselves, it will always be hard, and if we’re good, we’ll always be in trouble. Let’s be sure we deserve it.”

My friend Steve and I were co-writers for a project that was selected for the Sundance Institute program. Waldo was assigned as our advisor to help us with the screenplay. He became our writing mentor, and a friend. He was a wise, gentle, kind man with a quiet sense of humor. Having had the opportunity to know and work with Waldo is one of the treasured memories of my life. Not only did I feel that I was in the company of greatness, in talking to him about the blacklist, I’ve also touched history.

There’s an excellent documentary about him: “Waldo Salt, A Screenwriter’s Journey.”

* Lead-In Image (Phillis Wheatley portrait) – Everett Historical / Shutterstock.com – “Phillis Wheatley (1753-1784) portrait on the frontispiece of her 1773 book, Poems on Various Subjects, Religious and Moral. [Wheatley was] purchased by Bostonian John Wheatley as a slave for his wife in 1761.” 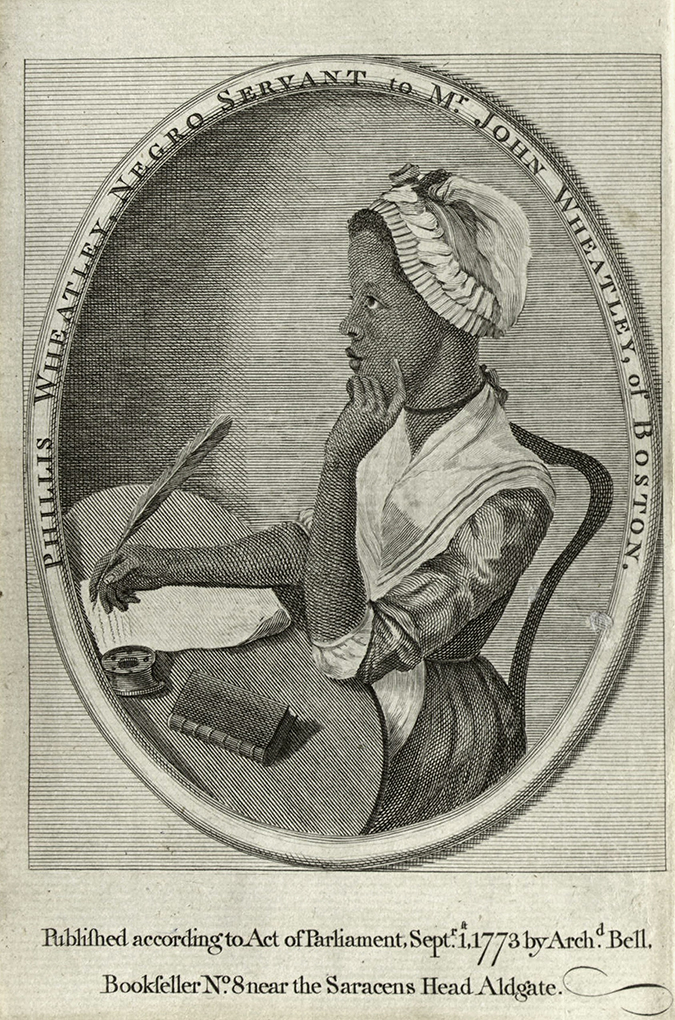