THIS DAY IN HISTORY… OCTOBER 5

1465 – French King Louis XI signs peace agreement with Charles the Stout, who was also known as Charles the Bold and Charles the Reckless.

Those names alone are good enough reason to sign a peace agreement.

“I am tired of fighting,” he said. “Our chiefs are killed. Looking Glass is dead. Toohoolhoolzote is dead. The old men are all dead. It is the young men who say, ‘Yes’ or ‘No.’ He who led the young men [Olikut] is dead. It is cold, and we have no blankets. The little children are freezing to death. My people, some of them, have run away to the hills, and have no blankets, no food. No one knows where they are—perhaps freezing to death. I want to have time to look for my children, and see how many of them I can find. Maybe I shall find them among the dead. Hear me, my chiefs! I am tired. My heart is sick and sad. From where the sun now stands, I will fight no more forever.” (From Biography.com)

Years earlier the Nez Perse tribe had signed a treaty with the U.S. government. Chief Joseph’s father had even converted to Christianity. The tribe was agreeably living on a reservation. Then gold was discovered on their reservation.

Gold! C’mon, we can’t let something as insignificant as a treaty stand in the way when money is on the line.

As the story of my parent’s wedding was told to me. The day was warm and sunny, an absolutely beautiful October day. The reception was held outside on the Ernst farmstead. The farmhouse sat on a gentle hill that sloped down to a roadside ditch and overlooked the village of Lester Prairie less than a mile away. A small band played and there was a keg of beer at the center of the gathering. As day faded into evening two men, one from the groom’s side of the family, the other from the bride’s, converged at the beer keg. One would be an uncle, the other a great-uncle. And one was a Democrat and the other a Republican. Ah yes, politics and alcohol. It wasn’t much later in the evening when, with the band still playing, they were seen rolling down the hill, locked in angry conflict, fists flailing. Nor was that the end of the excitement. Another future uncle disappeared and a search party had to be sent out. He was found in the barn, passed out in a hay manger, happily cradling a small flask. My mother was over ninety when, with some amusement, she related these stories to me. I thought it best to withhold the names of those uncles.

Namesake of the first president, Gordon did not follow in his footsteps. He joined the Confederacy at the start of the Civil War and rose to the rank of general. Wounded and captured at the Battle of Franklin, he was a POW until paroled in 1865. After the war he returned to Pulaski, Tennessee where he became a lawyer and served three terms in the U.S. House of Representatives. Pulaski is the town where the Ku Klux Klan was formed and Gordon was one of its first members. Years later his widow said he was the first Grand Wizard of the KKK.

From traitor to terrorist this man had at least two evil ideas.

He became the 21st President when Garfield was assassinated. Part of a political machine that exercised undue influence when he came to power, Arthur was widely distrusted. However he surprised everyone by creating a civil service system that protected government employees and eliminated hiring based on political favors. Two big issues during his term were tariffs and immigration. (Hmm) It was said of Arthur “That no man ever entered the Presidency so profoundly and widely distrusted as Chester Alan Arthur and no one ever retired more generally respected, alike by friend and foe.” Mark Twain said, “It would be hard indeed to better President Arthur’s administration.”

Other than him signing the Chinese Exclusion Act which denied Chinese-Americans citizenship and barred Chinese immigration.

Entrepreneur. After buying out the McDonald brothers, who professed to having no regrets Mat selling, Kroc was the driving force in building the hamburger chain into a multi-million dollar enterprise. In no small part he contributed to the obesity epidemic in America.

Kroc was also owner of the San Diego Padres baseball team. An interesting side note. At 15 he lied about his age and enlisted to become an ambulance driver in WWI. A fellow trainee was Walt Disney. He later contacted Disney when Disneyland was being constructed about having McDonalds there, but nothing came of it. At the time of his death in 1983, Kroc’s personal wealth was around 600 million dollars and there were 7,500 McDonalds restaurants in the U.S. and 31 other countries.

McDonalds tried to start a string of franchises in the country of Bolivia. They all failed. Apparently the Bolivians know real food. Neither are the sidewalks of La Paz filled with waddling obesity. 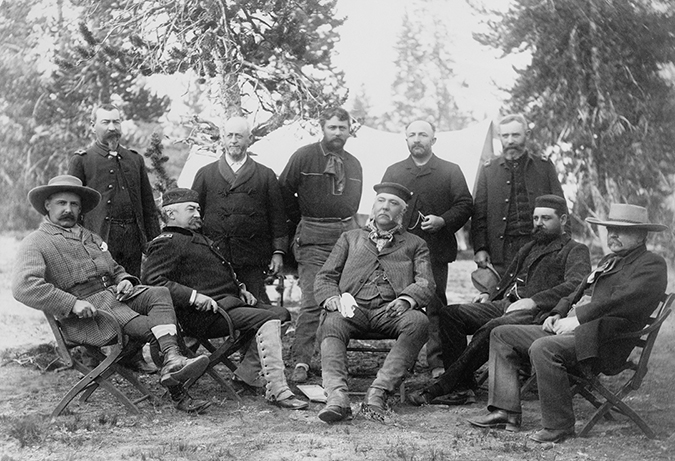