THIS DAY IN HISTORY… SEPTEMBER 1

200,000 acres burned and 418 people were known to have lost their lives in Hinkley, Minnesota and five smaller communities in the area. A two-month drought and high temperatures contributed to the inferno that day. Also a major culprit was the method employed by the lumbering companies who were logging the forests. They took only the wood they valued,  leaving branches, brush and scapes to litter what once was the forest floor. This waste was a dry tinderbox and many small fires  began to burn. As people fought to contain them, the wind picked up and all the small fires combined into one giant conflagration. A wall of fire raced toward Hinkley, consuming everything in its path. People submerged themselves in wells, ponds, rivers ,and creeks trying to survive. Two passenger trains, guided by brave engineers, chugged through the flames carrying people to safety. One train backed up five miles to Skunk Lake where 300 people took refuge.

The fire was so hot and intense that it melted a keg of nails into solid metal and fused the wheels of idle boxcars to the tracks. Although lasting only two hours, the firestorm destroyed everything in its path. The official toll was 418, but more than likely higher, with an unknown number of people living in the backwoods, including Native Americans, also perishing. One man listed as missing and presumed dead was Boston Corbett. An eccentric,  he lived in a cabin in the woods near Hinkley. Corbett was famous for being the man who shot and killed John Wilkes Booth. His body was never found.

Besides the engineers, another hero of the day was John Blair, an African-American conductor of the train that made it to Skunk Lake. He sprayed people with water, handed out wet towels, and calmly remained at his post until all the passengers on the train made it to the relative safety of the 18-inch swamp. After the fire passed, the train remained there overnight and he helped keep people comfortable against the cool night air. He was credited by many aboard for helping keep them alive. But when the survivors reached Duluth and Superior, because of his skin color, he was denied entry to the shelters where the others were taking refuge.

A crisis is one thing, but at some point propriety had to take over again.

At approximately noon an earthquake with a magnitude of 7.9 struck Honshu, the main island of Japan. Tokyo, Yokohama, and some other smaller cities were devastated. Varying accounts list the length of the quake, anywhere from four to ten minutes. The final death toll exceeded 142,000. Because it hit at lunchtime, many people were cooking food over open flames and fires quickly spread. Coincidentally, a typhoon was forming off the coast of Japan, bringing in high winds that fanned the flames. A fire tornado engulfed a crowded area of Tokyo, killing 38,000 people. Landslides in mountainous areas added to the death toll, including 100 people on a passenger train that was swept into the sea when a mountainside collapsed. A tsunami producing waves 30 to 40 feet high hit the coast, killing more people. When it was over, almost 2 million people were homeless. Included in the death toll was the American Consul and his wife.

If this wasn’t all tragic enough, violence followed in the days and weeks after the quake. False rumors spread that ethnic Koreans were taking advantages of the situation by committing robbery and also starting more fires. Somewhere between 6,000 and 8,000 Koreans were murdered by enraged mobs. Seven hundred Chinese, mistaken for Koreans, were also killed. The army had to be sent to protect Korean communities, finally stemming the violence.

It was a natural disaster, yet even then somebody has to be blamed, a scapegoat needed. A sad commentary about the human condition.

A decree, signed by Reinhard Heydrich, ordered all Jews in the Reich over the age of six to wear the badge. It was yellow, with the word Jude (Jew) in the center. It almost backfired at first, garnering some wearers sympathy because they were so obviously impoverished they could not be the cause of Germany’s woes. A propaganda rumor was started that the badge was in retaliation because America required American-Germans to wear a swastika.

There’s that scapegoat theme again. Koreans, Jews, caravans of immigrants, welfare mothers, whatever, it’s always better to shine the spotlight, and place the blame, elsewhere rather than on one’s own internal policies.

It now stands at 7.7 billion, and quickly rising toward an unsustainable number. If you want to see a truly frightening display, go to: worldometers.info

It is instantaneously recording population increase. One cannot help but reach some very dark conclusions.

Actor. Born in St. Paul, Minnesota, Arlen started out in silent films and later transitioned into talkies. He starred in “Wings,” directed by William Wellman, and had a scene with supporting actor Gary Cooper. Later, in “The Virginian,” Cooper was the star and Arlen in a supporting role. Their careers continued to go in opposite directions with Cooper becoming a star and Arlen working in “B” films.

Arlen had an interesting backstory. He was a fighter pilot for the Canadian Air Force in WWI, although he never saw action. Then he became a motorcycle messenger for a film studio in Los Angeles. One day he crashed his motorcycle into the studio gate and broke his leg. While he was being treated by the medical staff, a studio head happened onto the scene, and decided he was handsome enough to be on screen, and that was his start.

Well, there’s a different take on the old showbiz bromide “Break a leg.”

If a name change is necessary, I can see Boxcar Willie. But how in the world do you land on Conway Twitty? 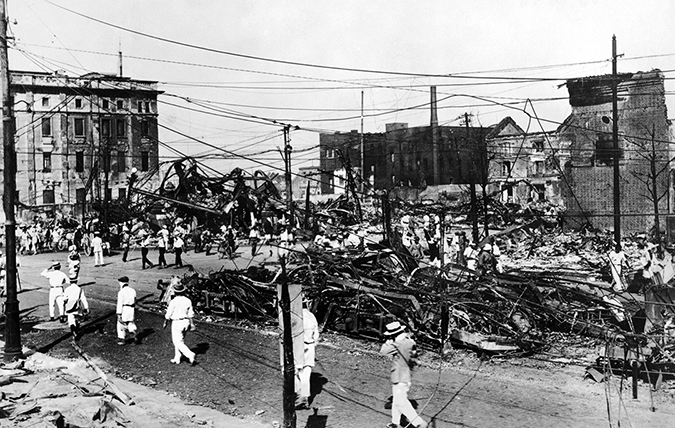