THIS DAY IN HISTORY… SEPTEMBER 12

It was sometimes called the “Ship of Gold.” During a hurricane, off the coast of South Carolina, the ship sank, taking 425 lives. The ship was also carrying 30,000 pounds of silver and gold. Much of it was bounty being transported to New York from the California Gold Rush. The treasure, valued in today’s dollars, was an estimated 292 million. At the time the sinking was as big a news story as the later sinking of the Titanic. It somewhat got lost to history because of being overshadowed by the Civil War and the events leading up to it. The ship’s loss also is said to have contributed to the economic panic of 1857. The captain, William Lewis Herndon, went down with the ship. His daughter would later become First Lady as the wife of President Chester Arthur.

More than a century later, the story continues in the form of treasure hunters, insurance companies, and, of course, lawyers. The ship was located in the mid 1980s and a salvage operation recovered 50 million dollars or more of gold bars and coins. Thirty-one insurance companies sued, believing the treasure was theirs because of original insurance settlements. A judge awarded 92 percent of the recovered treasure to the salvage operation. But they in turn were sued by their investors, whom they had failed to reimburse. The head of the recovery operations and his assistant went into hiding in 2012 and failed to make their court appearances. They were apprehended in 2015 and court proceedings are now continuing regarding the lost treasure. Some of the recovered loot was placed in hiding and has yet to be located.

Back in the 80s, in some obscure magazine, I saw an ad looking for investors for this treasure hunt. Being that I had no other retirement plan in place at time, I was intrigued. I would have invested, but luckily for me, I was dead broke so saved myself being ripped off, or even worse, being involved in civil suits over money.

In the middle of the war, disillusioned with their leader, Italy replaced him with a new government, and he was placed under arrest. At the time he was told he was the most hated man in Italy. He was held high up in the mountains at a ski resort. Hitler ordered SS Colonel Otto Skorzeny to rescue him. Skorzeny landed his small commando force in twelve gliders that crash-landed on a steep hillside outside the chalet. They surprised the larger Italian force and overwhelmed them without having to fire a shot. Skorzeny, Mussolini, and a pilot squeezed into a two-person plane, barely managed to escape crashing before flying to safety. Skorzeny later said he took the chance because he knew if the rescue mission failed he would have had to commit suicide. Mussolini’s freedom was short-lived; eighteen months later he was captured and killed by Italian partisans.

For making the trains run on time, both Italy and Mussolini paid a rather high price.

LSD guru Timothy Leary had been sentenced to twenty years of prison for possession of marijuana. This was two joints, mind you, not a truckload. (I don’t think they liked the man.) President Nixon had at one time called him “the most dangerous man in America.” Upon his arrival in prison he was given psychological testing to determine where he should work. Those in charge somehow overlooked the fact that it was Leary himself who had designed one of the tests. It being called the “Leary Interpersonal Behavior Test” apparently wasn’t enough of a clue. The test results helped place him as a gardener in a low security unit. The Brotherhood of Eternal Love paid the radical underground group, the Weathermen, $25,000 to help Leary make his escape. Leary and his wife made their way to Algeria where they teamed up with exiled writer and Black Panther leader Eldridge Cleaver. Leary and Cleaver were ill suited for one another, so Leary fled to Switzerland. His wife left him and he remarried, to a rich socialite. He then traveled to Austria, Lebanon, and Afghanistan, where he was recaptured. Returned to prison in the U.S., his cell was right next to Charlie Manson and they had in-depth discussions abut LSD. After Leary was released from prison, he went of a lecture tour with former Watergate burglar and right wing radio host, G. Gordon Liddy.

I have to stop here; this is all just too much. At one point in my life I was a screenwriter. In pursuing that craft one always had to dance around scenarios that might be perceived as improbable. If it had not really happened, can you imagine trying to sell the Timothy Leary story?

English explorer. Hudson led four voyages searching for the Northwest Passage. It was believed at the time there was a shorter route to Asia through the ice fields of the Arctic Ocean. Although he never discovered the passage, in his search he explored and mapped the upper regions of North America and had both a famous river and bay named after him. On his fourth voyage his crew mutinied and Hudson, his son, and seven others were set adrift in a boat in the Hudson Bay. He was never heard from again.

Although previously non-existent, the Northwest Passage, due to global warming, will soon be a reality.

Country western singer. There is some sentiment that he was the best country singer of all time. He was almost as well known for his prodigious drinking as his singing. One night, after his wife hid his car keys, he drove a riding lawn mower ten miles to a liquor store for a drink. He missed concerts, was institutionalized, and went through four wives, including fellow country singer Tammy Wynette. His career flourished because of his golden voice and unique phrasing of a song. Wynette said Jones was the only singer she knew who could turn “church” into a five-syllable word. Due to the influence of his fourth wife, Nancy Sepulveda, Jones achieved sobriety and revived his career in the 1980s.

Jones said it best about himself. “Perhaps I’m not a true alcoholic in the modern sense of the word. Perhaps I was always just an old fashion drunk.”

Canadian prizefighter. Heavyweight contender who fought most of the big names, including Ali twice, Joe Frazier, Floyd Patterson, and George Foreman. He was called the toughest man in Canada, and both his bouts with Ali went the full fifteen rounds. His hardest battles, however, despite the caliber of his opponents, came outside the ring. Two of his sons died of heroin overdoses, and a third committed suicide. His first wife, stricken with grief, also took her own life. Chuvalo now has dementia, and his remaining children have filed for divorce on his behalf from his second wife, whom they claim is a drug addict and is taking advantage of him. “I am always in mourning,” Chuvalo said about the tragedies that have followed his life. “I am not made of stone.”

It sure seems a lot of sad stories come out of that profession. 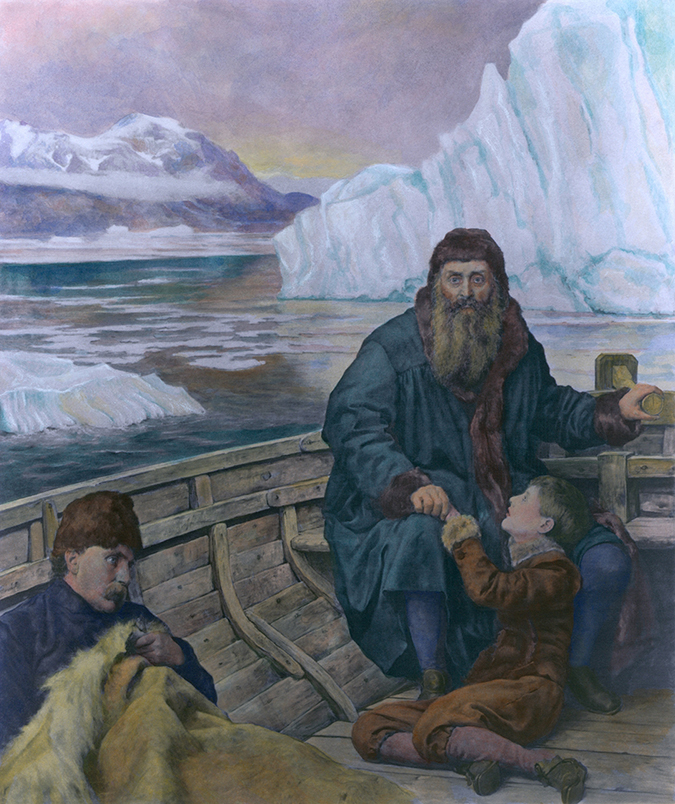