THIS DAY IN HISTORY… SEPTEMBER 15

1835 – Aboard the HMS Beagle, Charles Darwin reaches the Galapagos Islands.

Going from island to island in the archipelago and noting the slight differences in the same species, it was here that Darwin first began to develop his theory of natural selection.

I reached those same islands 179 years later, but did not develop any new theories.

This was the beginning of Khrushchev’s eleven-day goodwill tour of the U.S. It was a slightly controversial, slightly funny tour that included such highlights as Khrushchev being denied a visit to Disneyland, a visit to an Iowa farm where the farmer became incensed at the reporters trampling his crops and kicking one of them in the butt, and a tour of a Hollywood studio where Mrs. Khrushchev was offended by actress Shirley MacLaine doing the can-can dance.

I was in high school at the time of Khrushchev’s visit. For a homecoming skit that year we had one of our classmates playing the Soviet leader visiting Lester Prairie High School. Without going too deeply into the plot, we had a couple of classmates conducting a science project that goes awry, resulting in a small explosion. A harmless firecracker was supposed to go off. At least that’s the way I had written it. My classmates chosen for those roles were somewhat inclined to walk on the wild side. Instead of a little firecracker, they lit off the largest cherry bomb they could find. And they placed it in a garbage can lying on its side. They were offstage so the audience didn’t know it was coming.

Our skit took place on the basketball court of an old WPA gymnasium. My role was interpreter as we led “Khrushchev” on a tour of our school. He and I would exchange fake Russian and I would ad lib his reply. Then the cherry bomb went off and a wave of shock rolled across the audience. The two miscreants threw themselves from a side door, as if blown by the explosion. Once it became obvious the explosion, and not a little smoke, was part of the script, we were rewarded with laughter. A different, more innocent era, when an explosion could be viewed as humor.

This was in response to Charles Whitman’s August 1st sniper attack in Texas that killed fifteen people.

The more things change, the more they stay the same.

American writer. Cooper is best known for his “Leatherstocking Tales” which includes the novel “Last of the Mohicans.”

The book captivated me when I was a young lad.

27th President of the United States. Taft followed in the path of his predecessor, Teddy Roosevelt, in that he was a trustbuster and conservationist. Not enough so though, because Roosevelt decided to run a third party campaign against him in 1912. The Bull Moose Party split the Republican vote and gave the White House to Woodrow Wilson. In 1921, President Harding nominated him to be the 10th Chief Justice of the Supreme Court. Taft is the only person to have been in the White House and on the Supreme Court.

Is there a requirement that a Supreme Court justice has to have been born in the United States? If not, maybe President Trump will appoint Kenyan born ex-President Barack Obama to the court.

Host of “Queen for a Day.” The premise of the show was that three women would tell their tales of woe to an upbeat Bailey who would always try to find a silver lining. The most pitiful story would win, based on an applause meter and that woman would be crowned queen for a day. She would then receive a bonanza of gifts intended to make her life better. The two losers would get one insignificant token gift.

One of the first television shows I ever watched. This was before my family owned a TV set. I was about six or seven and at a relative’s house. The excitement of watching this wondrous new invention turned to sadness. I focused on the two losers and found the show cruel instead of being happy for the winner. I mean you lay out your soul to the TV world, and leave with some insignificant gift? 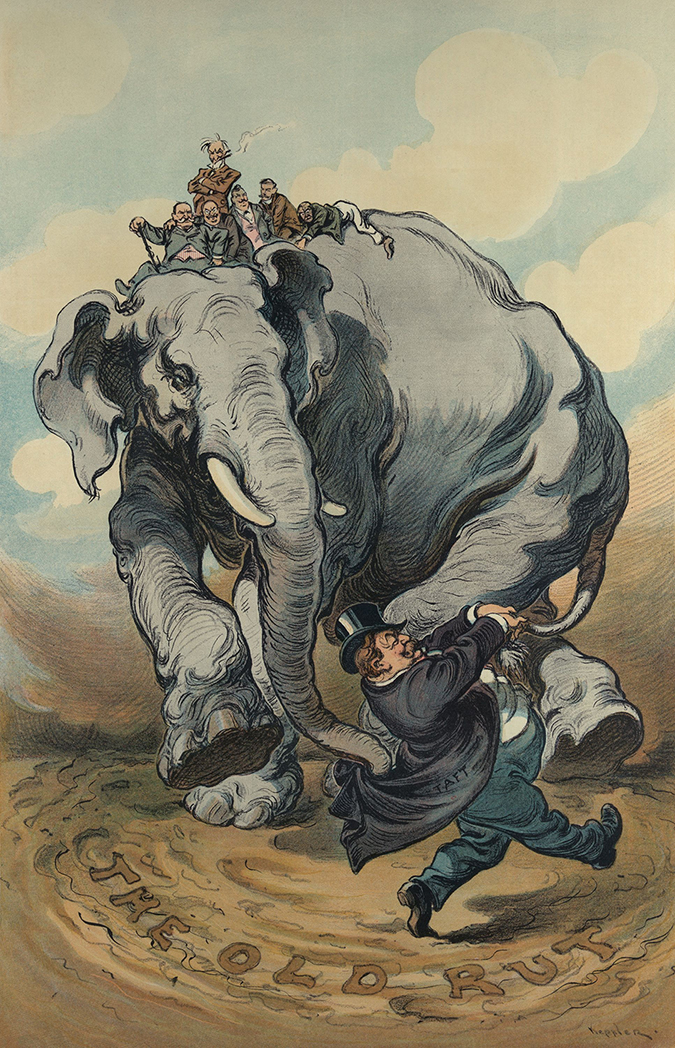