THIS DAY IN HISTORY… SEPTEMBER 21

Operation Market Garden was a battle plan proposed by British Field Marshall Montgomery. The idea was to thrust north from Belgium and France through Holland and into the Ruhr Valley region of Germany. In advance, Allied paratroopers were dropped at various places along the attack route to secure strategic bridges across rivers. Armored divisions were then to speed along the road and relieve them. The last bridge was at the Dutch town of Arnhem. The British 1st Airborne Division landed there and met unexpected stiff resistance. Bad weather and communication problems prevented a Polish airborne division from joining them on schedule. The armored divisions progress was slower than expected. The British were to be resupplied by air, but those supplies fell into German hands. The last of the resisting British paratroopers surrendered on September 21st. Three quarters of the British 1st Airborne was eliminated, and the division never saw combat again. Montgomery had been warned by a staff member that Arnhem might be a bridge too far and that turned out to be the case.

Bernard Montgomery was known for his stubbornness and ego. His refusal to listen to a staff member resulted in one of the biggest blunders by the Allies in the war. As they say, pride goeth before the fall.

Letelier, living in exile in Washington D.C., was a former diplomat from Chile. He had served in the administration of Salvador Allende, the socialist leaning president of Chile. When Allende was overthrown by a military coup led by eventual dictator General Pinochet, Letelier was imprisoned, tortured, and then released with a warning to remain silent because the DINA, the Chilean secret police, had a long arm. Letelier did not heed the warning. He moved to D.C., where he was a leading voice in the opposition to the Pinochet dictatorship. A plastic bomb attached to the underside of his car ended the life of Letelier, and Ronnie Moffit, a staff member. The plot, part of Operation Condor, was carried out by the DINA. Operation Condor was an organized terror campaign conducted by South America’s right-wing dictatorships to suppress political opposition. Operation Condor also had backing of the CIA.

Of course it did. Torture, killing, human rights violations are minor details. As long as a right-wing dictator claims to be anti-communist the CIA will have their back.

Singer/Songwriter. Lee began his career with Sun Records in his hometown of Memphis in the late 1950s. His earliest big success was writing “She Thinks I Still Care” which was turned into a hit by country western star George Jones. Later that year he had his own hit with “Patches,” a teenage tragedy song that rose to #6 on the charts. Some radio stations banned the song because of its teenage suicide theme. Lee devoted himself to country in the 1960s, and was inducted into the Nashville Songwriters Hall of Fame in 1995.

“Patches” was a maudlin dirge that somehow managed to catch on. Its mournful, dark tone even briefly captured me. The song’s popularity had passed by the time I was aboard the USS Jason, but still had a jukebox presence. I stood watch in the radio shack on eight hour on, eight hour off shifts covering a forty hour cycle, and then had thirty-two hours for myself. Radiomen had open gangplank liberty cards, which meant we could leave the ship whenever we wanted, to the resentment of the rest of ship’s crew. After a mid-watch from midnight to 0800, the idea was to get some sleep during the day before standing the eve watch from 1600 hours to midnight. The Jason was a repair ship hosting a necessarily loud environment anyway, and add in resentful sailors seeing one of their crew mates in bed while they were working…well, let’s just say sleep deprivation became a way of life. Sometimes I wouldn’t even bother trying, just don my dress uniform and head for downtown San Diego. Maybe nod off for an hour or so during a bad movie.

On one of those sleepy mornings I went into the downtown Greyhound bus station. Why I stopped there I’m uncertain, maybe the draw of a cheap breakfast. It was a crowded, noisy, even desperate place. There was a stainless steel lunch counter lining one wall of the waiting area with bolted down stools providing seating. A grill behind the counter provided viewing diversion, as two quick-handed cooks kept about a dozen breakfasts going on the griddle at once. Tired-looking middle-aged waitresses slid up and down the counter holding coffee pots and order pads. Every five feet or so along the counter was a condiment station that also housed a small jukebox extension. I was sitting there eating breakfast one morning when someone played the song “Patches.” The crowded waiting area behind me was slow-moving, as if depressed. Tired mothers with too many children and bags of belongings gathered at their feet. Babies  crying, weary men going nowhere, staring at nothing. Some old, and some young, already beaten down by their prospects in life.

My typical condition after a mid-watch was numb, or maybe feeling sorry for myself, or on a good day dreaming of a better time when I was through with the Navy. But that day, even as I sat there, I saw the scene from the outside, as if part of a painting or a photo. America at its toughest and grimiest. This wasn’t my scene, but neither did I feel like an interloper. I don’t know if it has ever happened to you, one of those times in life when you feel perfectly placed. I was where I was supposed to be at that moment in time. Diversity wasn’t yet a word that was applied to people or a condition. But it was an apt description for the bus station that day, as there was a mix of races. Despite the depression, there was life, there was a strength, a resilience, in that building. The song was representative of nothing, other than maybe capturing a bit of the mood; it just happened to be playing. It must be decades since I’ve last heard “Patches,” and if/when I do again, I’m sure it will take me back to that San Diego morning. I must have had four or five months left in the Navy at the time, and when I left the bus station I faced them with a new resolve. After that, when down, I would sometimes return to the bus station, have breakfast and maybe even play that sappy little song. Strange what it takes in life sometimes, isn’t it?

We’d also like to thank the following photographer and videographer for the use of their image: 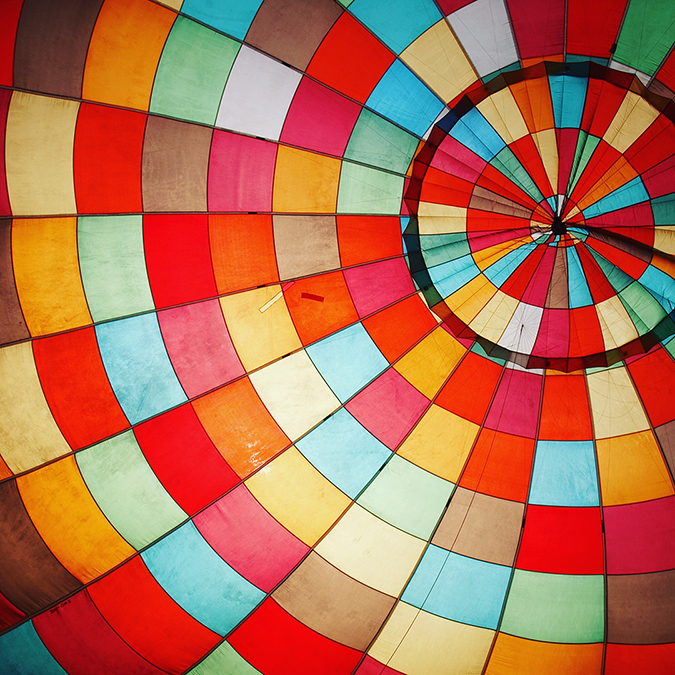 This Day in History – January 18 – Hijinx, Humor, and Insight