THIS DAY IN HISTORY… SEPTEMBER 23

The U.S. ship, under the command of John Paul Jones, fought a naval battle with the Serapis off the coast of England. The Bonhomme Richard was badly damaged and the English ship asked if they wanted to surrender. It was then John Paul Jones uttered his famous “I have not yet begun to fight” retort. Three hours later, it was the Serapis that capitulated. Jones then transferred his crew and command to the British ship because the Bonhomme Richard could not be saved from sinking. Jones was not recognized as a hero in America until decades later. He later went on to serve in the Russian navy and died in obscurity in France during their revolution.

There was a USS Bon Homme Richard when I was in the Navy. It was a bird farm (aircraft carrier) and we referred to it as the “Bonnie Dick.” I wonder if sailors during the Revolutionary War were so irreverent. Probably so.

It is to be opened in 6939, five thousand years later. It contained modern literature and art as well as news events, all recorded on microfilm. According to Wikipedia: “Also included in the capsule were copies of Life magazine, a kewpie doll, one dollar in change, a pack of Camel cigarettes, a 15-minute RKO Pathe Pictures RKO newsreel, a Lily Dache hat, and millions of words of text put on microfilm rolls which included a Sears Roebuck catalog, a dictionary, and an almanac. A variety of seeds were placed in the time capsule including wheat, corn, oats, tobacco, cotton, flax, rice, soy beans, alfalfa, sugar beets, carrots, and barley.”

I don’t have a lot of confidence said time capsule will ever be found and opened. Or there will even be anybody around to find it. Global warming, nuclear winter, there are all kinds of cheery possibilities increasing the odds against it.

“That’ll Be The Day” by Buddy Holly reached #1. The Milwaukee Braves clinched the National League pennant, and a white mob forced nine African-American students from a high school in Little Rock, Arkansas.

I was a fan of both Buddy Holly and the Milwaukee Braves. I was not a fan of the white mob.

I don’t know anything about the man. I just included him because it is such a wonderful name.

Mary Mallon was an Irish immigrant who worked as a cook in New York City and on Long Island. Wherever she worked people fell ill from typhoid fever. At least fifty-one people were infected by her and three died. The toll may be higher because her whereabouts weren’t always known. She changed jobs often, usually after an outbreak of the disease. Mary never got typhoid herself, but was a carrier and infected those around her. There is a high degree of certainty that she did not engage in any kind of hand washing routine while cooking, believing it not necessary because she was healthy. Once identified as the possible carrier, Mallon was resistant to cooperating with authorities investigating her, refusing to give stool or urine samples. She also refused to give up being a cook. Because she was healthy, she believed she was being persecuted. Finally she was arrested, forced to give specimens, and found to be the culprit. Mallon then refused to have her gall bladder (where it was suspected the typhoid bacteria resided) removed. She was placed in quarantine at Riverside Hospital in New York and remained there for the last three decades of her life. After she died an autopsy revealed that her gall bladder had indeed housed the typhoid bacteria.

Just a wee bit of Irish stubbornness seems to be at play in this story.

No need for me to elaborate on his greatness. Near, if not at the top, of American musical icons.

We’d also like to thank the following photographers and videographers for the use of their image: 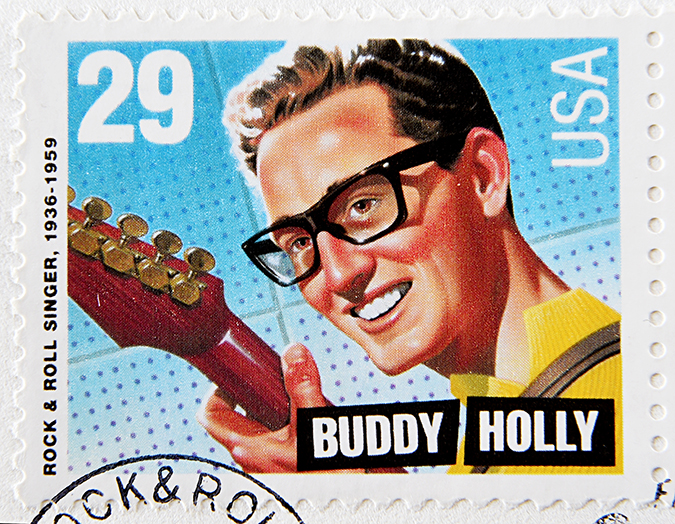