THIS DAY IN HISTORY… SEPTEMBER 25

Allan led a poorly planned attack on the city of Montreal leading to his capture. Allen, leader of the Green Mountain Boys, was victorious in the taking of Ft. Ticonderoga earlier in the year. Allen was shipped to England, and for a while was under the threat of execution. While he was a prisoner, the English tried to insult him by saying they used pictures of George Washington as toilet paper. He replied he understood, that the picture of Washington would scare the shit out of any Englishman. In 1778, he was returned to America in a prisoner-of-war exchange. After the war, for the rest of his life he fought for the statehood of Vermont. He died in 1789 at the age of 51.

This American hero is honored by having high-end furniture named after him. 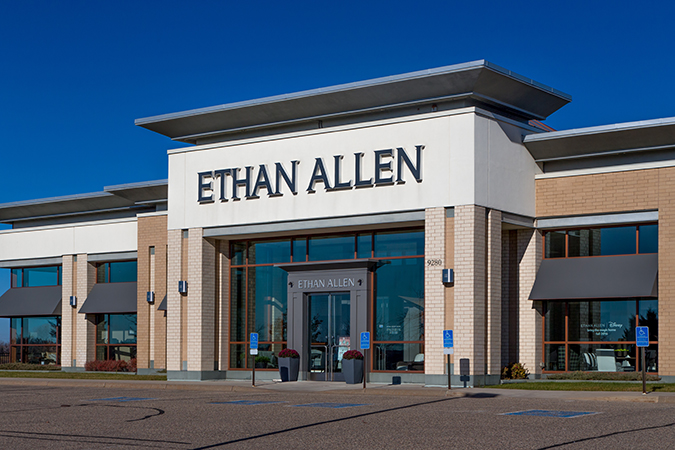 They were escorted past an angry mob by 300 soldiers of the 101st Airborne. From History.com: “Troops remained at Central High School throughout the school year, but still the black students were subjected to verbal and physical assaults from a faction of white students. Melba Patillo, one of the nine, had acid thrown in her eyes, and Elizabeth Eckford was pushed down a flight of stairs. The three male students in the group were subjected to more conventional beatings. Minnijean Brown was suspended after dumping a bowl of chili over the head of a taunting white student. She was later suspended for the rest of the year after continuing to fight back. The other eight students consistently turned the other cheek. On May 27, 1958, Ernest Green, the only senior in the group, became the first black to graduate from Central High School.”

“Four score and seven years ago our fathers brought forth, on this continent, a new nation, conceived in Liberty, and dedicated to the proposition that all men are created equal.”

The angry mob gathered to stop the students were guided by the principle that some are more equal than others. A twisted concept that somehow has now reached to the highest powers of our land.

According to DiscoveriesInMedicine.com:“Chlorofluorocarbons (CFCs), including Freon, were used extensively as aerosol propellants. Beginning in the 1970s scientists noticed a massive decrease in the amount of ozone present in the ozone layer, part of the upper atmosphere around the earth that shields the earth from harmful solar radiation. Ozone levels had been constant throughout geological time, but over Antarctica the levels had dropped so low that there appeared to be a ‘hole’ in the ozone layer. As the ozone hole grew larger, scientists began to suspect that CFCs were responsible. CFCs react with chlorine and break down, thereby destroying the ozone layer and allowing more radiation from the sun than is normal to reach the earth.” By 1989 there was an international treaty signed by 93 nations agreeing to stop producing CFCs. The alternatives now used as a propellant in aerosol cans are more expensive.

With the climate change deniers now in control, I wonder if the U.S. will be removing our signature from that treaty.

After setting Captain Bligh adrift, he and his fellow mutineers, along with some Tahitian men and women, settled in previously undiscovered Pitcairn Island. What exactly happened after that is uncertain, other than disharmony broke out and most of the inhabitants died, probably in conflict. There are unsubstantiated rumors that Christian, in disguise, made his way back to England. The one surviving member of the mutiny crew, however, reported he was killed on the island.

Hollywood can thank Fletcher Christian for a ready made story line. He was rewarded by being portrayed by such romantic leads as Errol Flynn, Clark Gable, Marlon Brando, and Mel Gibson.

1929 – Barbara Walters. A pioneer in the world of TV journalism in that she was the first female co-anchor of a network evening news program.

In addition to “ABC Evening News,” she also hosted “Today,” “20/20,” and “The View.” She encountered and fought through the resistance and patronization from her male colleagues. Even on camera from Harry Reasoner. On the Today show, she was relegated to asking guests questions only after the male host had first asked his.

I can’t say I was ever a fan of Walters, but I have nothing but respect for what she accomplished in the face of insults, slights, and barriers in the male-dominated industry.

1943 – Robert Gates. Secretary of Defense under both Republican and Democrat administrations.

Gates previously had served as Director of the CIA. He also served as Deputy Director of the CIA during the Iran-Contra Scandal. The CIA was selling arms to our enemy, Iran, and funneling the proceeds to support the right-wing Contras, who were trying to overthrow the Nicaraguan government. Gates was investigated by the Counsel for Iran-Contra Scandal and although they determined he was in a position to have known of the affair, the evidence did not warrant his indictment.

On the surface, receiving bi-partisan support, Gates seemed like one of the good guys. But in the shadows of the CIA, who knows.