THIS DAY IN HISTORY… SEPTEMBER 26

The Holy Alliance was a treaty signed by the monarchs of Russia, Prussia, and Austria. It was a peace treaty, much welcomed after the horrors of the Napoleonic Wars. The primary mover of this treaty was Alexander I, the Tsar of Russia. After experiencing a religious conversion, he fell under the spell of a spiritualist. Praying nightly over the issue, he came up with the idea of the alliance. From encyclopedia.com “The alliance called upon the three powers to deal with one other and with their peoples on the basis of the Christian Gospel so there could emerge a fraternal union of rulers and peoples that would forever rid the earth of the scourge of war.” A criticism of the alliance was that it allowed the monarchs continued control over their subjects. However, at the time their subjects didn’t care because all they wanted was peace. A main point of the alliance, and what Alexander believed, was that principles and moral values had a place on the international stage.

Noble sentiment. And for a while it worked.

1918 – Beginning of the Meuse-Argonne Offensive.

The battle continued for 47 days, until the Armistice that ended WWI. 1.2 million American soldiers were committed to the fight. The casualties were heavy with 26,277 Americans and over 28,000 Germans losing their lives. Although smaller in scale than some of the earlier battles in the war, it was the largest engagement for the American Expeditionary Force, (AEF). The battle helped bring about the end of the war.

Earlier there had been a huge argument between General Foch, head of the French army, and Gen. John Pershing, commander of the AEF. Foch wanted to piecemeal regiments of the American force into the French army. Pershing insisted that the Americans were going to fight as whole unit. To win the argument, Pershing promised his army would achieve near impossible results. Some units were transferred to the French army, however, mainly two African-American divisions. Inexperienced and poorly organized, the Americans did succeed in pushing the Germans back, but with heavy casualties. The Meuse-Argonne Offensive was the battle where Sgt. Alvin York gained his fame. It was also the battle where the Lost Battalion made their stand in the Argonne Forest.

Thank God it was the war to end all war.

A bomb placed by a right-wing terrorist exploded amidst revelers during the annual beer-drinking festival. Thirteen people were killed and 211 injured, many of them severely. Gundolf Kohler, a Neo-Nazi with ties to right-wing extremist groups, constructed and placed the bomb. Not a suicide attack, it is believed the bomb went off prematurely, killing him also. In the aftermath there has been criticism leveled at the investigation which was never able to determine whether Kohler acted alone or had accomplices. Journalists have suggested the government covered up a right-wing plot.

It’s bad enough that so many embraced Nazism the first time around, but to glorify and want to emulate it, like those clowns marching in Charlottesville, is beyond my comprehension.

Not a myth, Johnny Appleseed was a real man who wandered through Pennsylvania, Ohio, and Illinois planting apple trees. Born during the civil unrest that grew into the American Revolution, (his father fought at Bunker Hill) he grew up learning about orchards. Not the quixotic wanderer that many imagine, Appleseed knew that law granted ownership to land if a permanent homestead was developed. Planting fifty apple trees was a way of establishing that claim. He became somewhat of a land baron that way, owning 1,200 acres of land by the time he was seventy. Not that he wasn’t eccentric; he did walk barefoot and wore worn clothes. This was due to his religion which also turned him into an animal rights advocate and a vegetarian. He also led a life of chastity and never married. His apples were not for eating; instead, hard cider was made from them. In 1920 Prohibition was responsible for the destruction of many of his orchards. Revenuers chopped down Appleseed’s legacy to prevent the flow of illegal alcoholic cider.

I must have been about six or seven when I first learned of Johnny Appleseed in school. At the time I thought it a wonderful occupation. Planting trees as a way of life still doesn’t sound all that bad.

Spy. As an inner member of the British intelligence agency, MI5, Blunt was feeding information to the Russians in the forties and fifties. Recruited by the Russian NKVD while a student at Cambridge, Blunt was a closeted homosexual and a Marxist. Serving in army intelligence in France at the start of WWII, evacuated at Dunkirk, Blunt then joined MI5. Although long suspected of being a spy, he wasn’t exposed until 1963. Then, in return for a full confession, he was granted full immunity and a promise his spying career would remain a secret for fifteen years. Blunt became an art historian and lived an unaffected life until 1979 when Prime Minister Margaret Thatcher publicly revealed his role. Stripped of a previously granted knighthood, Blunt avoided public exposure the rest of his life and died in 1983.

This is the stuff straight out of a John LeCarre novel.

Country Western singer and NASCAR driver. Although he had a number of other hits including “Singing the Blues” and “White Sports Coat,” Robbins is probably most well known for “El Paso.” When asked how many times he had performed the song, he said, “Tell me how many personal appearances I’ve made since 1959, and then I will know.”

Robbins had a hard childhood, raised in a desert shack in Arizona. His father was alcoholic, and the family lived mostly on welfare. Robbins joined the U.S. Navy at age seventeen and was a ramp operator on a landing craft that brought waves of Marines ashore in the Solomon Islands. He began playing the guitar while in the navy. He pursued a music career after the war and got his big break when Little Jimmy Dickens recommended him to Columbia Records. He wrote most of his own music, and was elected to the Nashville Songwriters Hall of Fame in 1975. Besides his country western star status, Robbins was a race car driver on the NASCAR circuit. Robbins ran his last NASCAR race just a month before he died of a heart attack in 1980.

Mid-winter, late 1950s. There was little, or more accurately, nothing to do at night in the small farming community where I was raised. At least nothing a teenager would want to do. Sometimes when one of us got a hold of a car we would just drive. Drive aimlessly down gravel country roads listening to the radio and dreaming of a less restricted life. The darkness surrounding us was interrupted only by the lonely yard lights of the farms we passed. Sometimes a country hit would make its way onto the rock and roll station we preferred. “El Paso” met with our approval. There was something about both its hope and tragedy that spoke to the desperate emptiness of our nighttime drives. 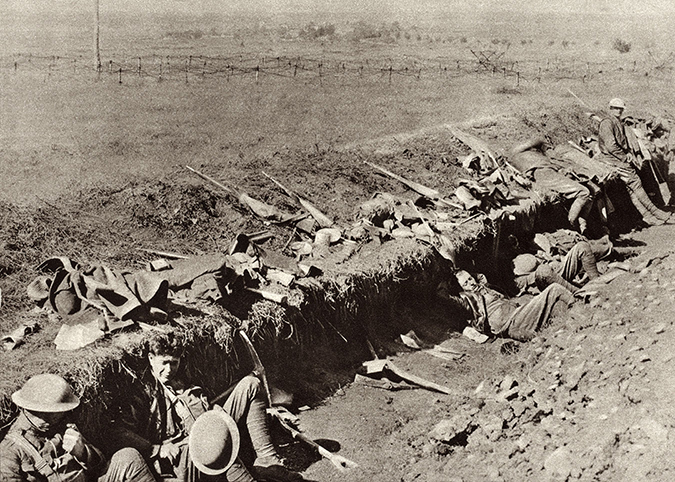