THIS DAY IN HISTORY… SEPTEMBER 27

After eleven years of fighting, revolutionary forces entered Mexico City ,and Mexico achieved independence from Spain. However it wasn’t until 1836 that Spain formally recognized that independence. The country had a long history of civil unrest before it finally gained its freedom. Then it was almost immediately stripped of much of its land mass by its neighbor to the north.

They should have been the ones to build a wall.

Written by Rachel Carson, the scientific study detailed the devastating effect pesticides were having on the environment in the United States. The book immediately met with resistance from chemical companies which denied any culpability. However, it did resonate with the public. Carson had documented numerous incidents where chemical spraying had killed birds and affected plants. A controversial theme in the book was the negative effect humans were having on the planet. Before its publication opposition to the book was strong. One chemical company threatened legal action against the publisher, Houghton Mifflin. A scientist hired by a chemical company stated, “If man were to follow the teachings of Miss Carson, we would return to the Dark Ages, and the insects and diseases and vermin would once again inherit the earth.” Ezra Benson, a former Secretary of Agriculture under President Eisenhower, reportedly wrote in a letter, “that because she was unmarried despite being physically attractive, she was probably a Communist.”

Despite the opposition, Carson’s book had a tremendous impact. It helped inspire the environmental movement and led to the banning of many pesticides, including DDT. Even to this day the criticisms have not stopped. From Wikipedia: “In 2009, the heavily corporate-funded think tank Competitive Enterprise Institute set up a website saying, ‘Millions of people around the world suffer the painful and often deadly effects of malaria because one person sounded a false alarm. That person is Rachel Carson.’”

The moneyed voices against ecological reasons are insistent if nothing else.

1991 – The first scheduled NHL hockey game in Florida was cancelled due to poor ice.

Patriot and politician. While unsuccessful in his business dealings, Adams found his voice in politics. He was one of the first to raise the cry of no taxation without representation and also among the first to voice independence as the goal. Standing in opposition to British rule in the colonies, Adams was an instigator in the Stamp Act riots. If not a participant in the Boston Tea Party, he certainly was one of its planners. A propagandist by some accounts, he seized upon British troops being stationed in Boston. In newspapers he portrayed them as being a brutal occupying force. He used British soldiers firing into a mob as fuel to stoke the revolutionary fire, even though his second cousin, John Adams, defended them in court.

Once the revolution began, he was a member of the Continental Congress and a signer of the Declaration of Independence. He initially was against the passing of Constitution because he believed it gave too much power to the federal government, arguing for a bill of rights and future amendments, and later became a supporter of Thomas Jefferson. Adams retired from political life in 1796 and died in 1803 at the age of 81.

A rabble-rouser of the highest order. We owe him a lot.

U.S. Senator. A freeman his entire life, Revels lived in Ohio and during the Civil War raised two regiments of black soldiers. A minister, he served as chaplain to those regiments when they went into battle. After the war, he moved to Mississippi where he became active in politics. He was elected to the state Senate where his oratorical skills were noted and appreciated. At that time U.S. Senators were chosen by state congresses rather than popular vote. Revels ‘selection was controversial with Democrats opposing and Republicans supporting him. Galling for some was that he occupied the same seat that Jefferson Davis once held. In the Senate he was a voice of moderation, even arguing for less harsh penalties for those in the Confederacy.

I imagine, the same as with Barack Obama, that there was great gnashing of teeth by some at the time.

U.S. Senator. From North Carolina, Ervin fought in France during the 1st World War, was wounded twice and received the Silver Star. Although he liked to describe himself as a “country lawyer” he did graduate from Harvard Law School. A segregationist, he supported Jim Crow laws and opposed the Civil Rights movement. He opposed the Equal Rights Amendment, voted against an occupational safety bill, but also voted against allowing prayer in public schools. Most importantly Ervin was instrumental on two investigative committees. The first, at the beginning of his career, helped bring down Senator Joe McCarthy and his excesses. The second, at the end of his career, was as chair of the Watergate Committee, which ultimately resulted in the resignation of President Richard Nixon.

Ervin left behind a complicated legacy. The fact that he became a darling of the left is truly amazing. One can not help but wonder where he would stand now. 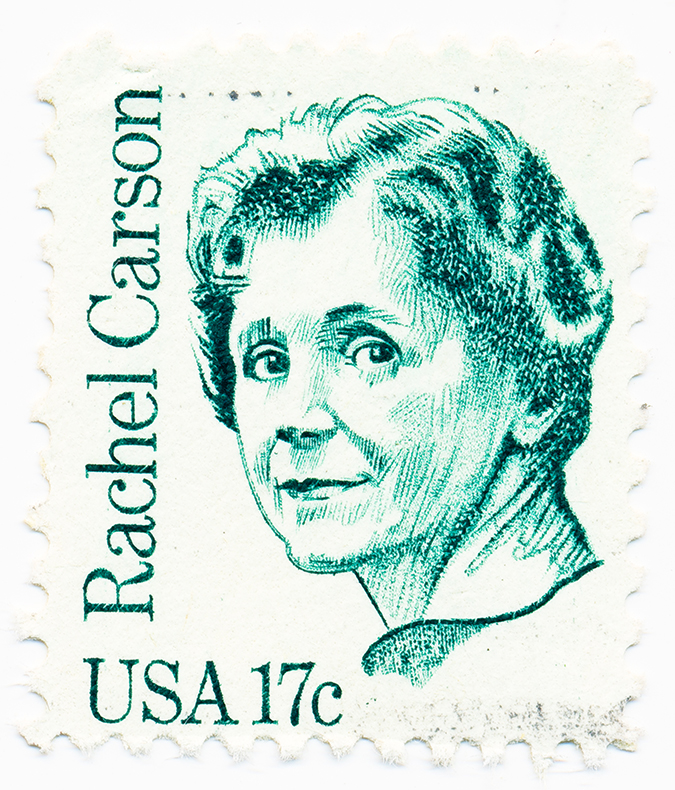