THIS DAY IN HISTORY… SEPTEMBER 28

Appropriately so, because although I didn’t know it yet, where I was going everything would be painted a dull grey. I can’t say I was frightened, at seventeen I was too dumb for that. I had passed the physical and now a dozen of us who had signed up for the Navy stood outside on the steps of the Federal Building. The current uniform of the day was blue jeans, white t-shirts, jackets with collars turned up and ducktails slicked back with Brylcreem. It was a gathering that would have made James Dean proud. There were tough looking kids from the Twin Cities and from up north on the Iron Range. The talk was full of bravado and I stood off to the side and didn’t participate. I was also one of the few who didn’t have a cigarette dangling from my lip.

“Hey, wanna be buddies?” A tall, lanky kid in a black leather jacket and engineer boots and with a greasy blonde ducktail sidled up to me. He looked like he could have been one of the actors in the movie “Blackboard Jungle.”

“My dad was in the war and he said it’s easier if you have a buddy. Wanna be buddies?”

I was scrawny and undersized so I don’t know why he would have picked me but I was more than happy to have a tough looking guy like him for a friend.

A guy in a Navy uniform leaned out the door and waved us inside. “Kill the butts, lets go!”

We went to a basement room where a Naval officer stood behind a podium. There was less cockiness in the group as we moved closer to reality.

As I repeated the oath to be sworn into the Navy I noticed that the guy standing in front of me, a kid from the Iron Range, had his left hand behind his back with his fingers crossed.

“Congratulations, you are now members of the Armed Forces of the United States of America.”

We were told to be at the Milwaukee Road train depot at 11PM, next stop Great Lakes Naval Recruit Training Center. It was late afternoon so I had a lot of time to kill. My new buddy Donald had disappeared. Another kid came up to me and introduced himself as Bill. He told me he lived in Spring Park, by Lake Minnetonka. Bill was round-faced and while not exactly pudgy, looked soft. He wanted me to go with him back to Spring Park where his mother would fix us supper. I didn’t want to, I kind of wanted to hang around the guy who had crossed his fingers, thinking he might be fun. Bill was like flypaper however, and unable to shake him, I agreed.

Once we arrived I realized my reluctance had been justified. A long bus ride twisting around Lake Minnetonka brought us to a dark, dreary enclave of small, featureless houses. There were few streetlights and the lake was nowhere in sight. Bill led me into a small, cramped house with faded wallpaper, torn linoleum, and stained, broken down furniture. This was definitely not the ritzy part of Lake Minnetonka. And I’m not sure what Bill had been expecting. The unspoken sentiment being they had already said goodbye so what the hell was he doing back. My presence also seemed to produce annoyance. His mother grumbled about having two more mouths to feed. A couple of screaming kids were running around the house and Bill’s father, with a beer resting on his belly, kept his attention riveted on the TV. The only interesting aspect of the visit was Bill’s sister. About fifteen or sixteen, she was getting ready to go to some high school event. After a disdainful assessment of me she retreated into what was probably a perpetual pout. Despite her disdain, and I don’t think it was accidental, she managed to parade past an open doorway several times clad only in bra and panties. Even though her underwear was more likely to be advertised in the Farm Journal rather than Victoria’s Secret, she did capture my attention. Whatever was served for dinner, I have no recollection. I do know there was no laughter and little talk at the table. I felt resentment. I don’t know if it was because I was there, or Bill had returned, or if it was a normal condition. It did make me appreciate my family a little more.

After the meal we picked up our bags to depart, Bill for the second time that day. I glanced at his sister, who was now dressed but she continued to quite pointedly ignore me, and then thanked Bill’s mother for supper. I received an annoyed grunt as acknowledgment. As we moved toward the door something must have come to life in Bill’s father. “Just a second,“ he slurred drunkenly, about the only words he had spoken all evening. He left the room briefly and returned with a can of foot powder. “I was in the infantry, this was about the best friend I had.” He gave it to Bill who put it in his bag.

We left the house and walked down a dark street to the bus stop. Earlier, at the Federal Building, Bill had been quite talkative, now he said nothing. We stood under a streetlight and waited for the bus in silence. I think he was embarrassed, having had me there as a witness. I certainly wished I hadn’t come. All I cared about now was getting back in time and catching the train.

“Asshole,” Bill muttered. I wondered if he was talking to me. Then he knelt down, took the can of foot powder from his duffel bag, and straightened. After a deep angry breath, he screamed, “You son of a bitch!” With all his might he hurled the can against the nearest tree and there was a brief explosion of white powder. To my immense relief the bus came soon after.

We had been in boot camp less than a week when Bill became very ill and was hospitalized. I never saw him again. Donald and I went through training together but never were close buddies. And then there was the kid who had his fingers crossed during the swearing-in oath. He was in constant trouble all through training and wore it as a kind of badge of honor. He was from Hibbing, Minnesota and I remember one story he told about high school. A student musician had played before a high school assembly and wasn’t well received. My fellow recruit laughed about throwing a penny onto the stage. I’ve always wondered if that musician was Bob Zimmerman. 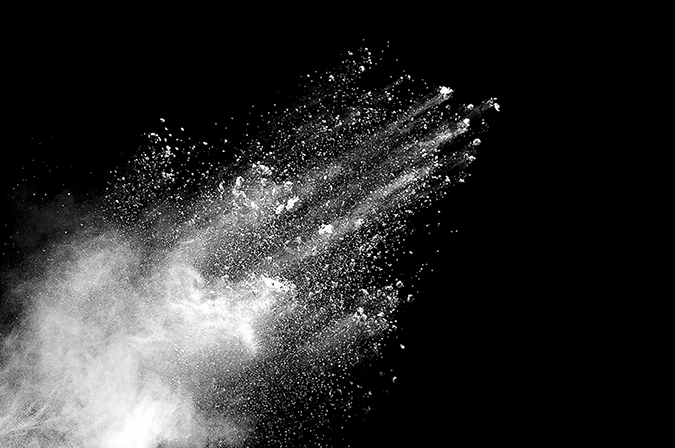