THIS DAY IN HISTORY… SEPTEMBER 29

The Persian Empire, with an army led by King Xerxes, had invaded Greece. Both the Greek army and navy were vastly outnumbered by the Persians. The Battle of Salamis was a naval engagement that took place at the same time as the more famous Battle of Thermopylae where 300 Spartan soldiers sacrificed themselves in a rearguard action that held off the Persian advance. In the naval battle, the Greeks had 378 triremes, or war galleys, at their command. The number of Persian ships is uncertain, some reports say 1,207, others think maybe half that amount. Either way the Greeks had an inferior force. The Greeks had one advantage in that all their commanders spoke the same language. The Persian fleet had ships from different parts of their large empire and communication was a problem. The Persians rowed into the Straits of Salamis where maneuverability was an issue because they had so many ships. The Greeks attacked in a well ordered line and quickly began destroying the tightly packed Persian fleet. Tactics were a ship would ram another, soldiers would board the rammed ship and archers would shoot from above. With no way to retreat or escape, many Persian ships were sunk with the sailors drowning. This battle helped save Greece. Xerxes made a few more attempts before giving up his quest to conquer Greece.

Military recruiters are good at selling fabrications but imagine trying to convince a young man that life at the oars of a war galley was going to be a blast.

In the Ural Mountains of the Soviet Union a tank containing radioactive waste from spent nuclear weapons exploded. The initial fallout contaminated 200 towns and over a quarter of million people. The Soviet response was secrecy and denial. They made up a fake name of a town where it occurred, a town that isn’t on any map. They told the local population it was a coal boiler explosion and sent in woman and children with mops and buckets, with no protective gear, to begin the initial cleanup. It has been shrouded in secrecy ever since. In 1976 a dissident Russian scientist published his suspicions and was kicked out of the country for his efforts. (Surprised he wasn’t poisoned.) In submitting a report to the U.N. in 1986 about the Chernobyl disaster, the USSR finally revealed what had taken place nearly three decades earlier. Total clarity about what’s taking place in the region still remains elusive, however. It yet may be a nuclear waste dump and radioactive winds still blow north from the Ural mountains. Inhabitants of the region suffer inordinate rates of cancer and birth defects. To this day, over sixty years later, Russia refuses to be open about the situation. A legal aide group battling for the rights and safety of the local population was declared a foreign agent, and its leader was forced to flee under threat of being charged as a spy.

Journalism and science appear to be the enemies of the Russian state in this case. Or an enemy of the people as they would put it. The fact that those people are dying is just incidental. Why does that sound familiar?

Caroline Hester was a folk singer playing the coffee houses of college campuses and Greenwich Village. She met Bob Dylan and invited him to play harmonica on an album she was cutting for Columbia Records. Columbia signed Dylan after that session. Hester later turned down a chance to join a trio with Peter Yarrow and Paul Stookey. They then turned to Mary Travers and became Peter, Paul and Mary.

British naval commander. Nelson first went to sea at age twelve, on a ship commanded by an uncle. He quickly rose through the ranks and commanded his own ship by age twenty. He was assigned to the Caribbean during the American Revolution, capturing several merchant ships, but gained his fame in the Mediterranean Sea during the Napoleonic Wars. Known for his bold actions and also for ignoring orders from his superiors, he gained sea victories over the Spanish and French. In the process he was blinded in one eye and lost his right arm to a wound. His victory at Cape Trafalgar over the French, and perhaps saving England from being invaded by Napoleon, was his last. In that battle he was killed by a French sniper. Nelson’s legacy is that of being recognized as one of England’s greatest heroes.

Not to be confused with the fictional Horatio Hornblower. Although I feel safe to assume that much of the fictional character was based on the real Horatio.

Musician. Rock and roll, rockabilly, country western, Lewis played them all. He became one of the first big rock and roll stars with his 1957 hit “Whole Lotta Shakin Going On.” He followed that up with “Great Balls of Fire.” Lewis’s musical start began by playing piano with his cousins, future TV evangelist Jimmy Swaggart and future country western star Mickey Gilley. As a teenager Lewis was sent to a bible institute in order to get him to focus on evangelical songs. At a school assemble he did a boogie woogie rendition of a religious song which got him expelled. Lewis’s rock and roll career came to an abrupt halt when at age twenty-two he married his thirteen year old cousin. He never left music, however, and a decade later rose to prominence on the country western charts. At this writing in 2020 Lewis is still creating music and is happily married to his seventh wife.

I was thirteen at the time Lewis married his cousin and while understanding all the fuss, I also thought she was awfully cute. With Gilley and Swaggart as his cousins, there must be some real theatrical genes in that family.

Actress. Appearing in such films as “Blazing Saddles,” “Paper Moon,” “High Anxiety,” and “Young Frankenstein,” Kahn was a comedic genius. As so often the case, her back story was less funny. She had an overbearing mother who even at one point sued her to get more of her earnings. She had difficult romantic relationships and was shy and insecure. Nevertheless she managed to channel all of that into brilliance on the screen. Her career and life cut short, Kahn died early of ovarian cancer in 1996.

Madeline Kahn was one of those people who could make me laugh by just standing, seemingly doing nothing. 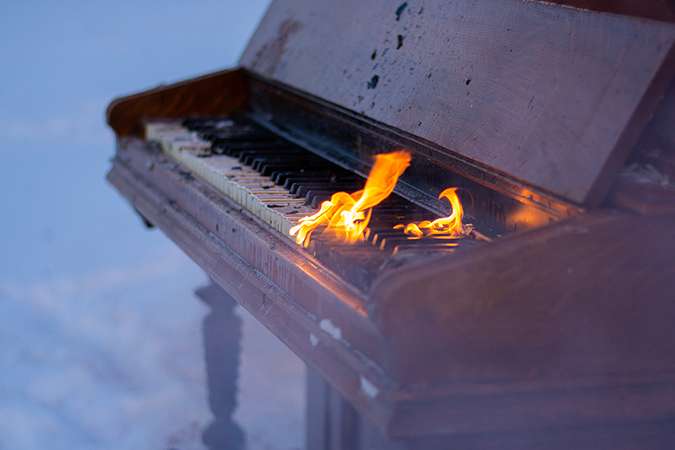