THIS DAY IN HISTORY… SEPTEMBER 2

Sultan Saladin and Richard the Lion-Hearted sign a treaty. King Richard, King Phillip II of France, and German emperor Barbarossa led this crusade. Barbarossa died in a river crossing attempt and then most of his grief-stricken German soldiers returned home. The remaining forces conquered some Muslim-held cities but failed in their attempt to re-take Jerusalem. This led to a truce where Saladin kept the city but Christian pilgrims and merchants were allowed to visit. Not a lasting solution however, for the Third Crusade was followed by Crusades Four through Nine.

Some might say we are embarked on the Tenth Crusade right now.

Atlanta was a railroad hub in addition to being an important supply and industrial center for the Confederacy. After a six-week battle and siege, Confederate General Hood pulled his troops from Atlanta. The retreating Rebels destroyed supply depots and also set fire to railroad cars carrying ammunition. The resulting explosions, along with Union artillery, led to the burning and destruction of a large portion of Atlanta. On September 3rd General Sherman sent a telegram to Washington D.C. reading “Atlanta is ours, and fairly won.” The victory was as important politically as it was militarily. Former Union General George McClellan was Lincoln’s opponent in the presidential race. He campaigned in the war-weary North on a peace platform, offering a truce to the South. Atlanta’s fall signaled the beginning of the final victory for the North and boosted Lincoln’s campaign.

It’s difficult to consider that Lincoln, with the great reverence in which he is held today, had to actually worry about winning a second term. 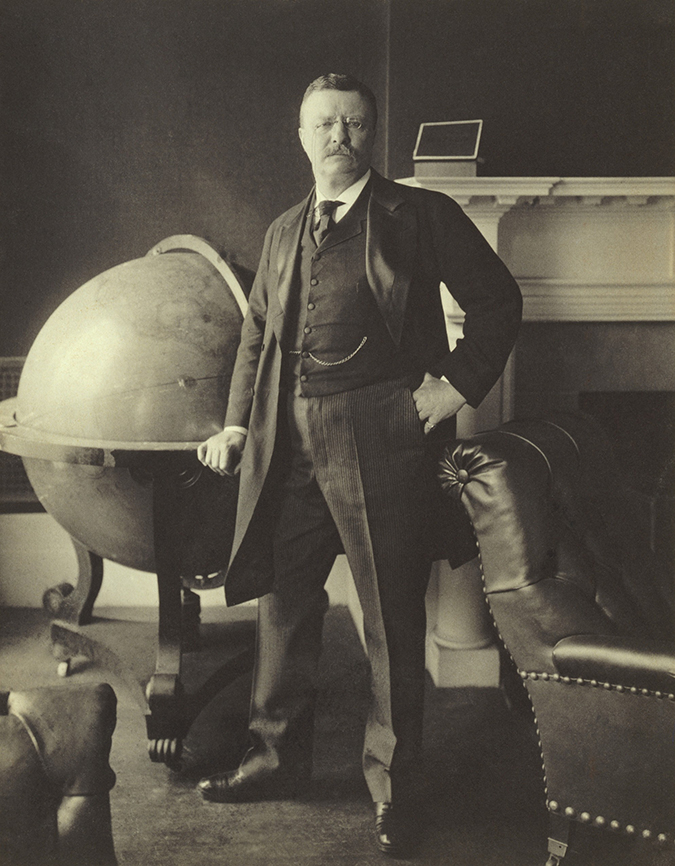 Vice President Teddy Roosevelt uttered those words in a speech he gave before a full grandstand at the Minnesota State Fair. Here are a few excerpts from the speech in which the words were spoken.

“A good many of you are probably acquainted with the old proverb, ‘Speak softly and carry a big stick – you will go far.’ If a man continually blusters, if he lacks civility, a big stick will not save him from trouble.”

“There are few beings more obnoxious than the man who is always loudly boasting, and if the boaster is not prepared to back up his words, his position becomes absolutely contemptible. It is both foolish and undignified to indulge in undue self-glorification, and, above all, in loose-tongued denunciation of other peoples.

One has to wonder if, with some kind of psychic foresight, #26 was addressing #45.

Organizer and commander during the Taiping Rebellion. The rebellion was a large civil war in China from 1850 to 1864. It is believed to be the most destructive civil war ever, with the estimated death toll ranging from twenty to seventy million. Yang was a leader in a movement called the Taiping Heavenly Kingdom that was fighting against the Qing Dynasty. The Heavenly Kingdom was a Christian sect formerly known as the God Worshiping Society and they had been persecuted by the Qing’s. Their leader was Hong Xiuquan who believed himself to be a younger brother of Jesus Christ. Yang was no slouch himself, intermittently being struck deaf and mute, and then miraculously cured by his beliefs. He also claimed that God spoke to him. It’s not surprising that this all ended rather badly. Hong and Yang had a falling out over whether or not the beliefs of Confucius were compatible with theirs, and if images of dragons were sacrilegious. Yang also wanted to be called “Ten Thousand Years.” This culminated with Hong’s forces killing Yang and his family. Hong later died of food poisoning and the rebellion fell apart.

Quite a cast of characters. As a semi-serious student of history, this is one I’ve never heard of before.

Wife of John Mitchell, Attorney General under Richard Nixon. At the time of the Watergate Scandal, she was a woman about town in Washington, and was also very opinionated and therefore a popular guest on TV talk shows. Nixon believed she was such a distraction to John Mitchell that he wasn’t doing his job, and said in a later interview, “If it hadn’t been for Martha Mitchell, there would have been no Watergate.” She was critical of liberals and communists but when she began commenting on “dirty tricks” within the Republican Reelection Committee, Nixon had rumors spread that she had a drinking problem. At one point, while she was in a hotel room talking on the phone to reporter Helen Thomas, a security guard rushed in and ripped the phone from the wall. Then, according to Mitchell, he summoned a doctor and she was forcibly sedated. That security guard is now U.S. Ambassador to the Czech Republic. Why am I not surprised? The ambassador, Stephen King, has currently said that the reports on his role in Watergate are “mostly false.”

I am a bit surprised that there were no questions about that role during his confirmation hearing.

Legendary anti-Soviet and anti-Taliban fighter in Afghanistan. He was called “the man who sees tomorrow.” He challenged the Taliban over its harsh religious restrictions and warned the West of the danger Osama Bin Laden posed. Two days before 9/11 he was killed in an Al Qaeda suicide attack.

Would have one charismatic leader made a difference in that troubled country and the war on terror? Probably not given that it’s Afghanistan.