THIS DAY IN HISTORY… SEPTEMBER 6

The French pilot was one of the top aces of the Great War. Rejected for military service five times because of physical frailty, he persevered and was finally accepted, became a mechanic and then a pilot. On September 11th he failed to return from a mission. Shot down by German aircraft, his body was never recovered. Guynemer was a French national hero at the time of his death.

It had been fourteen years since the Wright brothers had made their first short flight. Only fourteen years to turn a marvelous idea into an instrument of death.

Otherwise known as Greek George, he was a light-hitting catcher for the Philadelphia Phillies at the time. He disagreed with a call umpire Rue made and an argument ensued. Greek George later claimed Rue uttered a nasty remark so he punched him. George was suspended for ninety days and ultimately never played in the major leagues again.

His lifetime .177 batting average may also have had something to do with that.

War veteran and closeted homosexual (homosexuality was a crime at the time) Unruh went on a killing spree in his Camden, New Jersey neighborhood. It has been called the first mass murder in U.S. history, at least one committed by a “lone wolf” type of killer. Technically not true, but it was the first of its type with an automatic weapon, and the first to garner so much publicity. He was a tank gunner at the Battle of the Bulge and it was noted that he kept a disturbing journal of every German he had killed. His brother said he was never the same after he came back from the war. He lived with his mother and kept a list of grievances against his neighbors, many of whom he killed, so it wasn’t random killings. Unruh was paranoid and thought people were talking about him behind his back, and also that they suspected him of being a homosexual, both of which were probably true. Unlike most current day mass murderers, Unruh did not commit suicide when confronted with the police. Surrendering he stated, “I am no psycho. I have a good mind.” The authorities thought otherwise and declared him mentally unfit to stand trial. He was committed to a mental asylum where he lived the rest of his life.

In researching this event, I found no comment by America’s longest-standing civil rights organization defending Howard Unruh’s right to own a gun.

Entrepreneur and political figure. Kennedy made a fortune through his dealings in real estate, movie studios, and liquor distribution. He was also politically connected within the Democratic Party, was friends with FDR, and was ambassador to Great Britain at the start of WWII. While there he annoyed FDR with a published article pessimistic about England’s chances in the war, and he declared democracy dead. His own political career over, he concentrated on his businesses and accumulating wealth. Politically however, his three sons, John, Robert, and Ted, achieved great fame and power. Kennedy suffered a debilitating stroke in 1961 and died in 1969 leaving behind a still active family legacy.

Ill begotten wealth? Probably. Or at the least, questionable. But if every super rich person’s wealth were examined, including a certain current office holder, I sure something shady would be found. That’s the key to getting filthy rich.

American runner. Kelley ran in the Boston Marathon sixty-one times. He won the race twice and came in second seven times. In 1992, at the age of eighty-four, he completed the race for the fifty-eighth time. Kelley also ran the Yonkers Marathon twenty-nine times. Runner’s World magazine named him runner of the century.

That’s a lot of running.

One of the conspirators in the plot to assassinate Adolph Hitler. Disgusted by Germany’s war crimes and extermination programs, von Boeselager turned against the Third Reich. He supplied the explosives that were placed in a suitcase and brought to a meeting Hitler was attending. The bombing killed several people but Hitler escaped with minor injuries. A field lieutenant at the time, von Boeselager was to lead his troops to Berlin to seize control after the assassination. He aborted that plan when he learned Hitler was not dead. Von Boeselager had been involved in an earlier attempt on Hitler’s life. In March, 1943, while Hitler and Himmler were to be on a visit to the front lines, von Boeselager intended to shoot them both at a dinner table. That plan was abandoned at the last minute when Himmler canceled going to dinner. The conspirators were afraid to leave him alive to become leader, assuming he would be just as bad as Hitler.

After the failed bombing attempt about 200 of the conspirators were rounded up and executed. Von Boeselager’s role, however, somehow escaped detection. He survived the war and afterwards, when his role in the plot became public, he became a national hero in both Germany and France. Von Boeselager lived to be ninety-years-old and the entrance to his house bore a Latin motto, “Even if all, not I.”

Would the world been better off if the plot had succeeded? All military decisions had to have Hitler’s stamp of approval. This placed an extra burden on the German generals who were unable to operate and strategize as they best saw fit. Without Hitler’s misguided interference the war might have been prolonged. 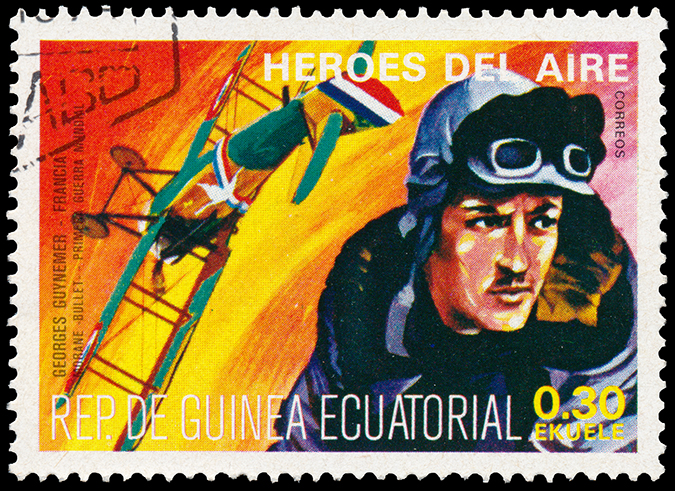