There’s a breezy new act on the block.

The band is called Welcome Center and it features the talents of Jesse Smith and Aaron Sternick.

The Dallas-Philadelphia duo has released 5-song EP, This House Will Be Filled With ___.

What you’ll notice upon first listen? The band’s sound.

It’s refreshing relief from the harsh reminders of a Covid-drenched summer.

Below, we talk with Jesse – and learn a little more about him, his band, and the journey forward.

This one will be cliché: I remember my sister playing Nirvana’s Nevermind on cassette (in a non-ironical way). I was in 5th grade at the time. I didn’t know pain, I was far from depressed, and I barely understood what made Cobain unique – but I was hooked.

Long before Welcome Center, I was asked to play a “college show” under my solo-moniker at the time. The pay was $300. I barely had a dollar to my name at the time, so this was serious money for me. It is difficult to describe how awful this show was, but let me try:

Imagine an auditorium of hundreds of college students who really do not want to be in an auditorium full of hundreds of college students. There is a makeshift, styrofoam ice-skating rink in the middle of the auditorium that almost no one is using. And there’s a sad PA system in the most pathetic corner of the room set up for you to play a show to an audience who could not give less of a shit even if they were all getting paid $1,000 dollars each to try to give less of a shit.

But you’re a musician, so you do what you do. You get up on stage, in that sad corner, and you try to put on the best show you can. So that’s what I did. But something about this show embarrassed me to my core. After this show, I laid my solo project down to rest and did not play another show for, quite literally, 10+ years.

The funniest part is that we have played worse shows in Welcome Center—but it’s so much easier now to laugh it off, go to the next town and do your thing again than it was in my late teens/early 20s.

Cons: Less sleep & not eating quite as healthy.
Pros: Playing live, getting lost in new and familiar towns during the brief moments of free time, making and meeting fans, discovering new music/podcasts on the long drives and making absurd jokes about existence with Aaron.

Typing out these pros makes me really miss touring.

Amoeba is heaven, but it’s everyone’s favorite. I lived in Austin for a handful of years and was always a big fan of End of Ear too. Oh, and there’s also an awesome record shop in Seaside, Florida (the quaint town where they shot The Truman Show) called Central Square Records that is on the second floor of one of my favorite book stores in the country, Sundog Books.

The impossible question. This changes almost daily. Today it’s Aphex Twin – Film. Yesterday it was Yo La Tengo – Green Arrow. Tomorrow it will be something by Can.

I am paranoid; If I am traveling abroad, it would be with Aaron or my girlfriend, and I would have already set up “share my location” with them on our phones in case some wild shit like this goes down. I would hope by the two-day mark they would at least be close to finding me after contacting the local authorities.

96 hours with no recollection is a long time– even in my wilder years, this never happened to me. Hasn’t Christopher Nolan already written this movie…a few times? 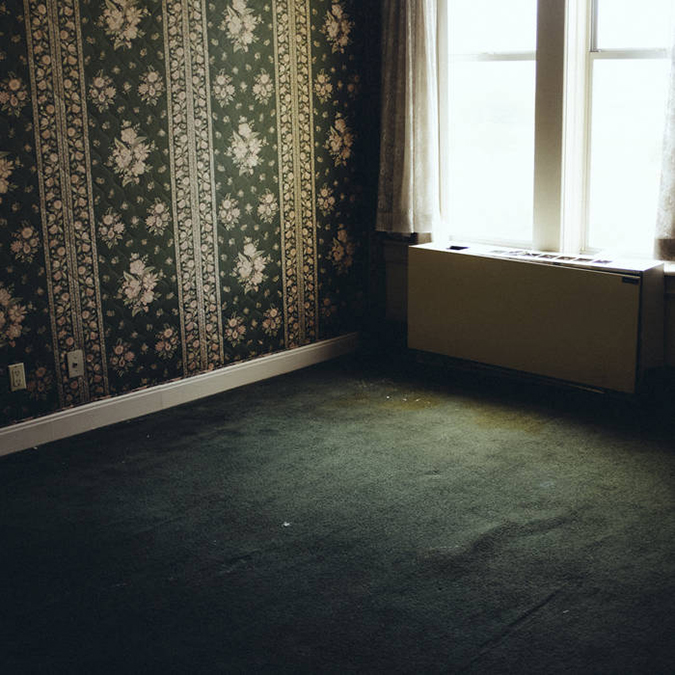 This House Will Be Filled With ___ – EP Cover