Have you felt the Roman numeral pangs? Is your sequel-ibrium off a bit? Well, it’s been an entire week—the first of the year, in fact—without any continuing quests in the Top 5 at the box office.

Fear not, lover of streamlined saga cinema, two more arrive this weekend—“Annabelle: Creation” and “Nut Job 2: Nutty By Nature”—and should finish 1, 2 atop the summer slowdown.

It’s been a relatively quiet summer for the horror genre in movie theaters, as thrills and chills have pretty much been relegated to water parks in 2017.

In fact, just this past weekend, Stephen King’s “The Dark Tower” scored the lowest #1 debut of the summer with just $19.1M, and before that, only one scare pic has had any flair with audiences, as they got chummy with the shark thriller “47 Meters Down,” which has hooked a lean, mean $43M so far.

Indies “It Comes at Night” and “Wish Upon” both stalled out with $13M, while big budget scares like “The Mummy” and “Alien: Covenant” became the lowest grossing films in their respective series.

Last summer saw several chill pills fill the coffers with “Lights Out,” “The Conjuring 2,” “Don’t Breathe,” and “The Shallows” all doing solid biz respective to their tidy budgets.

Luckily, one of the biggest horror franchises going, “The Conjuring,” brings its second spin-off to life this weekend with “Annabelle: Creation,” the sequel to “Annabelle,” which scared up a shocking $254M worldwide on a budget of just $6.5M.

Three years later and the sequel arrives, hoping to match the debut of the OG, which opened the first weekend in October with $37M.

Expect “Creation” to scare up $30M for starters, possibly more, especially considering how starved horror fanatics have been this summer.  And whatever it ends up with it will be another hit for Warner Bros. this summer, as its budget was a mere $15M.

The kiddos haven’t had a refreshing animated sequel all summer, I mean, unless you count “Cars 3” and “Despicable Me 3,” and I don’t.  Like just about every sequel out there this summer sans “Guardians of the Galaxy Vol. 2” and “Spider-Man: Homecoming,” they’ve grossed less than their predecessor and sunk faster than Michael Phelps’s stab at reality TV: PHELPS VS. SHARK.

You can’t fault Open Road Films for trying to capitalize with “Nut Job 2,” however, as the original is still the company’s highest grossing film ever at $64M.  What? You’d rather a sequel to “The Grey?”

“The Nut Job” nutted up back in 2014—3 ½ years ago—in January, when there wasn’t much family competition. Same story in the current marketplace, as we launch into the dog days of August, which should help “Nutty by Nature” sock away $15M or so in its debut.

And lastly, Lionsgate rolls out “The Glass Castle” into 1,400+ venues, but with absolutely no fanfare, even through the biographical drama stars Brie Larson, Woody Harrelson, and Naomi Watts.

The film is a reunion between director Destin Daniel Cretton and Larson, who both landed on the radar thanks to “Short Term 12.” However, with middling reviews (51%), don’t expect it to be a happy one as far as the box office is concerned. Maybe $3M. Maybe.

Indie flicks are at least attempting to drown out the dregs of blockbuster cinema as three new mini-majors sporting solid reviews are set to release this weekend: A24’s “Good Time” (93% fresh),  Neon’s “Ingrid Goes West” (84%), and Marc Webb’s latest, Amazon’s “The Only Living Boy in New York” (40%, but only 10 reviews so far).

Sadly, most indie flicks these days are derivative larks that pass for front-of-the-line film festival fodder—“edgy” cinema full of gunplay, weird facial hair, subversive “comedic” behavior, and stars that are in that phase we know all-too-well—the “trying something really, really different” part of their career.

It looks like these new films avoid those cliches, but with all the alternative content on Amazon and Netflix, will viewers seek out these nuggets, and more importantly, will they drop $10 (an entire month’s streaming subscription) on them? They look promising, but as we know, that by no means translates to box office success these days.

“Good Time” boasts Robert Pattinson, while the “Ingrid” in question here is Aubrey Plaza who costars with Elizabeth Olsen. Newcomer Callum Turner is in the “Only Living Boy,” but he’s backed up by an all-star cast including Jeff Bridges, Kate Beckinsale, Pierce Brosnan, Cynthia Nixon, Wallace Shawn, and Debi Mazar. Director Webb (“500 Days of Summer,” “Gifted”) is back in his element here after the disastrous “Amazing Spider-Man” films.

In exclusive release is a documentary everyone in the solar system should see, Abramorama’s “The Farthest,” a film about the journey of the furthest man-made objects in our known universe: the Voyager probes.

STREAMING KEEP OF THE WEEK: Netflix’s “The Dark Crystal: Age of Resistance” (TBA)

Jim Henson’s “The Dark Crystal” remains one of my favorite films from the halcyon days of childhood.  That said, they better not screw this up or I’ll seriously go Skeksis on them and steal their essence! Can’t wait for this!

WTF OF THE WEEK: China’s “Wolf Warrior 2” (Currently in theaters)

What if I told you Jing Wu’s action flick has become the highest grossing film ever in China with $469M in just ten days of release? Whaaaaaaaaaaaaaaaaaaaaa? Yup. This is the Middle Kingdom’s “Star Wars,” apparently. 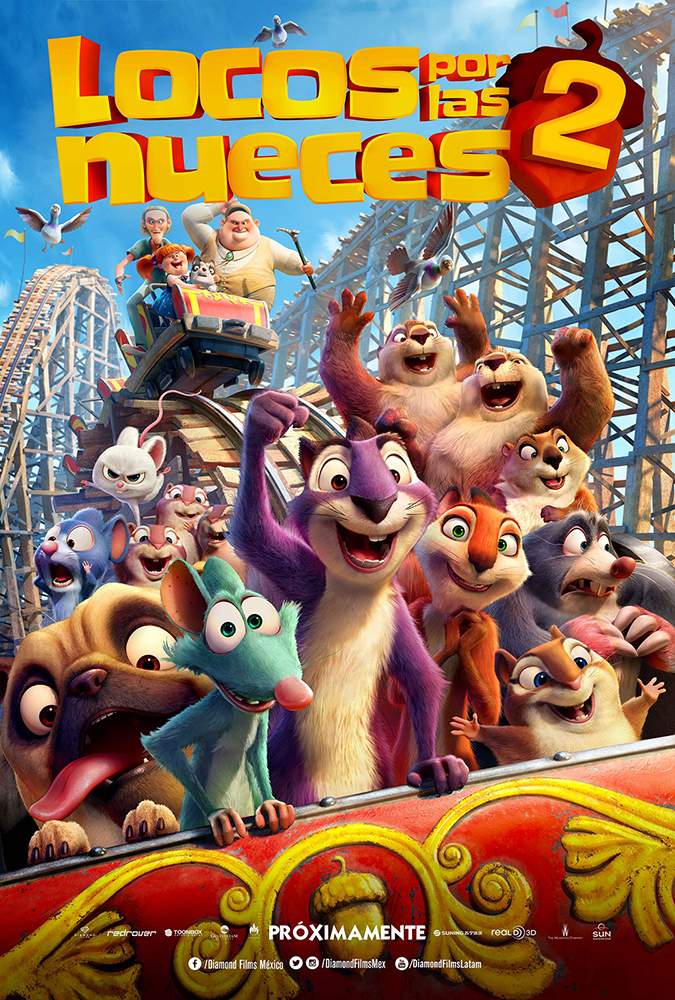