Let’s all just settle down! Whether or not you are pleased with the election results, there’s enough hook-ups, break-ups and stimulating celebrity news to bring us all together.

Donald Trump has been voted the 45th President of the United States in what has been one of the most contentious and uncivil elections ever. Celebrities who rallied around Hillary Clinton — and many of which claimed they would leave the States if Trump were elected — went silent while others spent the week in tears. Among them were Julianne Hough, Miley Cyrus, and Chelsea Handler.

They have a Dream! Rob Kardashian and Blac Chyna welcomed their little bundle of joy into the world this week, a beautiful baby girl they named Dream Renee Kardashian. We hear she’s already taken 50 selfies and signed a contract for her own reality show.

Victoria’s Secret model Bella Hadid and her R&B singer boyfriend The Weeknd have called it quits for the second time. The pair will be reunited in Paris later this month for the annual Victoria’s Secret fashion show in which she will walk the runway and he will perform. We’re betting these two will be making beautiful music together again.

Brad Pitt is back. The actor has embraced the spotlight once again, promoting his new movie “Allied’’ following his split from Angelina Jolie. The timing couldn’t have been better since Brad was able to step out for the premiere just as he had been cleared in a child abuse investigation involving  his oldest son Maddox. The actor looked relieved as he smiled for pictures and met with fans in what is the calm before the custody battle storm. And judging by the way this separation has been going, Angelina Jolie is a Category 5 hurricane. Brace yourself Brad!

Prince Harry’s latest flame Meghan Markle has tried to maintain a low profile since news that the two were canoodling over high tea broke. The American-born actress has been spotted entering Kensington Palace and is reported to be staying at Nottingham Cottage which was at one point occupied by Kate and Prince William. And yes, the style comparisons to Kate Middleton have already kicked off.

It’s official. Jennifer Lawrence and director Darren Aronofsky are hooking up! The couple were spotted sharing a lollipop and sharing kisses in NYC this past week. And just like that Katniss is off the market.

We were admittedly a bit bummed out by results of the election. And then, we were treated to these photos of Scott Eastwood going for a swim in Australia’s Bondi Beach and the world once again seemed like the bright, hopeful place we have always known it to be. 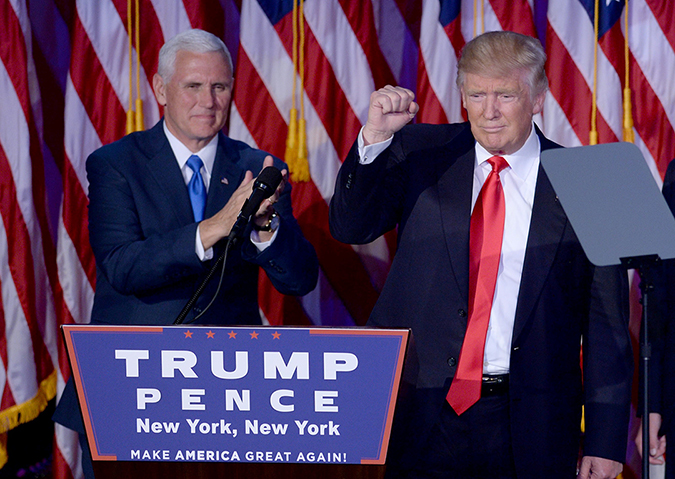