A ball, four downs, and the road to glory. Here’s our guide to understanding American professional football and its championship game, the Super Bowl.

THE BASICS OF AMERICAN PROFESSIONAL FOOTBALL

* The professional football league in the United States is called the National Football League (NFL).

THE RULES OF AMERICAN PROFESSIONAL FOOTBALL 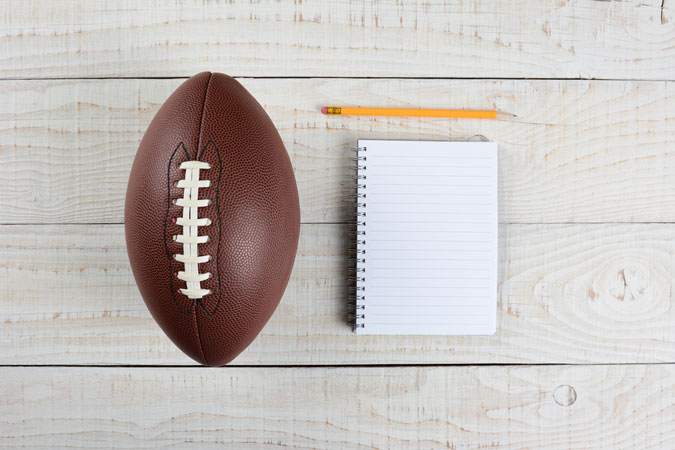 * Every American football game – including the SUPER BOWL — is divided into four 15-minute quarters.

* Your standard American football field is 100 yards long – with an end zone (a scoring zone) on each end of the field.

* The objective of American football: 11 men – THE OFFENSE – try to move forward and score against 11 other men – THE DEFENSE – by passing or running with an oval-shaped ball, known as the football.

THE OFFENSE – which is helmed by a team leader called THE QUARTERBACK – gets four tries (AKA downs) to move the ball 10 yards.

If THE OFFENSE succeeds in doing so, THE OFFENSE gets four more downs/attempts/tries to move the ball forward another 10 yards.

This continues until THE OFFENSE scores or THE DEFENSE shuts them down, which then usually forces THE OFFENSE to kick (punt) the ball downfield to a player on the opposing team. When it comes to punting, the idea is to try to kick the ball as far as possible (within the field of play), making it harder for the opposing team to score.

* PLEASE NOTE… While THE OFFENSE gets four tries to advance 10 yards. The third try, or down, is important. If a team doesn’t advance the required 10 yards after the third down, they typically punt/kick the ball to the other team. The reason is that if the team doesn’t advance 10 yards by the fourth try, the opposing team will get possession where the ball was last spotted.

* How does a team score in American football? 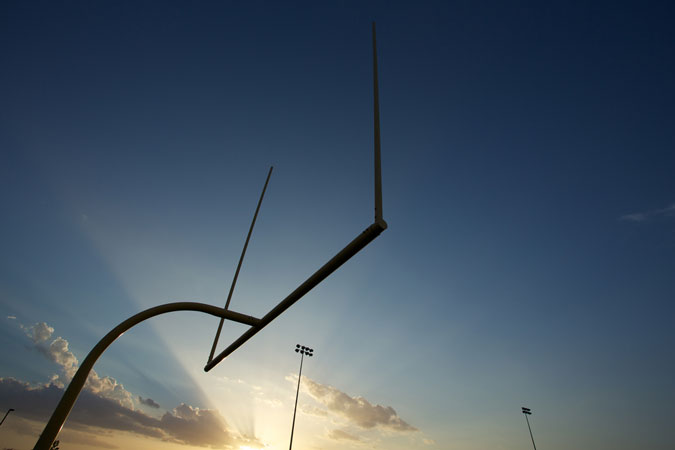 Scoring can happen by kicking the ball through the goal post — also called the uprights — which nets THE OFFENSE 3 points.

THE OFFENSE can also run or catch a football in the end zone for 6 points and follow that up with a bonus point (kicking the ball through the uprights) or a two-point conversion (running or passing the ball into the end zone).

Another way to score is a 2-point safety… That’s when THE OFFENSE is pushed back into its own end zone by THE DEFENSE and can’t complete a play past its own goal line. An example is when THE QUARTERBACK is sacked (tackled) in his own end zone. That’s 2 points for the opposing team!

Here’s an informative, yet slightly satiric, animated short showing how the game is played:

THE IMPORTANCE OF FOOTBALL AND THE SUPER BOWL IN AMERICA

If you get the hang of American football, it’s a fun game to watch and play.

The sport is part of most communities and many children start playing at an early age. Legends are made in high school and college with the best of the best having a chance to play in the National Football League. The dream is to play and win the Super Bowl. It’s not easy to get there, and many famous players never advance to the big game.

So far 55 Super Bowls have been played. The next one – between the Cincinnati Bengals and the Los Angeles Rams – takes place at SoFi Stadium in Inglewood, California.

Kick-off (the start of the game) is scheduled for 6:30 PM (Eastern Standard Time) on Sunday, February 13th. If Super Bowl LVI is not televised in your area, check with streaming options or your favorite watering holes.

WHAT TO LOOK FOR THIS SUPER BOWL

* The match-up this year features a match-up between quick-thinking quarterback Joe Burrow, 25, and his fast Bengals receiving corps versus the veteran arm of Matthew Stafford, 34, and a solid Los Angeles Rams defense.

* This is the second time a Super Bowl-bound team (the Los Angeles Rams) will host a Super Bowl. The last time it happened was a year ago when the Tampa Bay Buccaneers beat the Kansas City Chiefs in Tampa Bay.

* The Rams have one Super Bowl win (2000) compared to zero for Cincinnati.

* Neither of this year’s quarterbacks have ever been to a Super Bowl.

* In between the game — after the first two quarters are played — there’s a rest period called “halftime.” The halftime show of the Super Bowl is a spectacle featuring a special musical performer or guests. This year’s headliners: Dr. Dre, Snoop Dogg, Eminem, Kendrick Lamar and Mary J. Blige

* Oddsmakers predict the advantage, as of press time, will go to the Los Angeles Rams. But many bettors are taking a gamble in the other direction.

* NewsWhistle’s guesstimate? We’re in an underdog mood, picking the Bengals to win the game in the second half. Our guess, and only a guess, the Bengals 36 – 33.

* The NFL has come out with a public service announcement about responsible betting, we think it’s worth a watch. 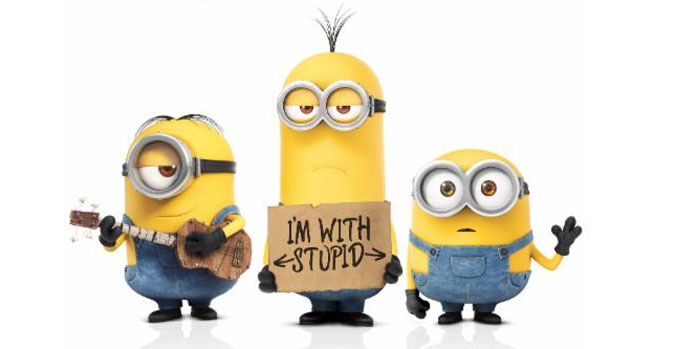 From Seven Years Ago, The Minions “Super Fans” Spot

The Super Bowl is one of the biggest televised events each year with a huge built-in audience. For that reason, advertisers pay big money to show their commercials in the United States. How much? Reportedly around US$6 million for a 30-second spot, says Axios.com. Last year, the price was around US$5.5 to $5.6 million for the same spot, according to MarketWatch.com.

Over the years, carmakers, beverage brands, tech companies and Internet start-ups have hired the best agencies to craft the most original ads around.

Some of the most memorable commercials of all-time have included Apple’s “1984,” Volkswagen’s “The Force” and Coke’s “Hey Kid, Catch!”

For a sneak peak at this year’s commercials, click here.

ON A FINAL NOTE

Much is made of the American’s use of the word “football,” which is confusing because the rest of the world knows football as a different game, which the Americans call soccer.

No one knows for sure how this came to be. For more on this topic, you can click here. 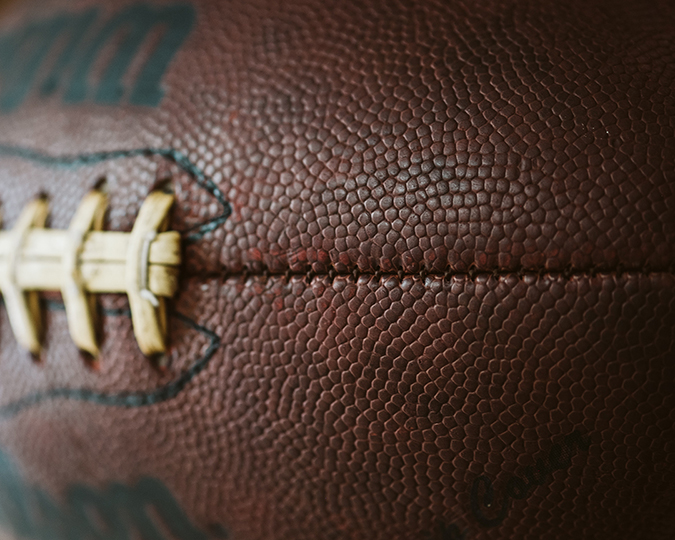 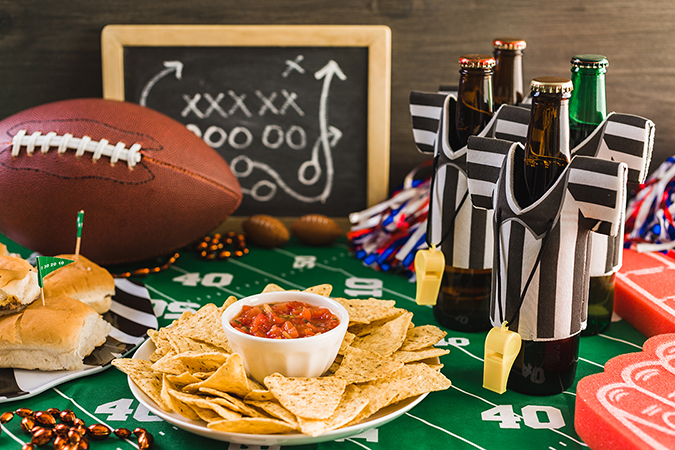 This article was originally published by NewsWhistle in 2014.