We’ve heard a couple of Matt’s songs — a pop-punk charged tune called “Times Have Changed” and a couple of slow tempo numbers (“Half Asleep” and “Used To Know Me Well”) — and we’re happy to report he knows what he’s doing.

Why are we happy? We like seeing someone prove it’s never too late to follow your dreams and make good art. 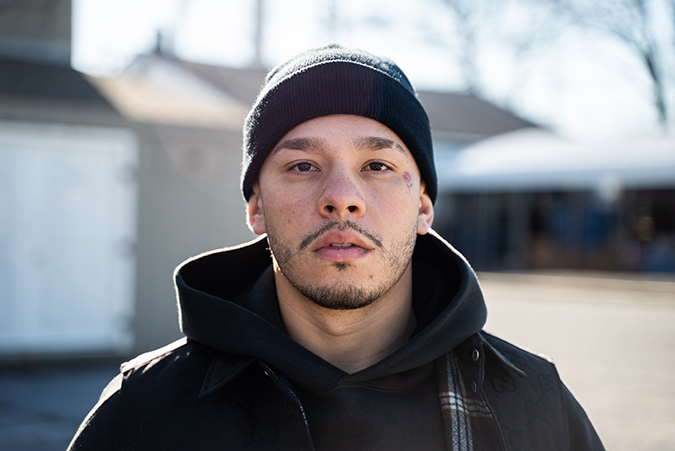 1. What is your earliest music memory?

When I was a kid there was a dog race track that used to host super affordable and sometimes free concerts. I must have been 10 years old or so, but my pops took me to see Sugar Ray, haha! One of the most iconic shows I’ve ever been to even to this day!

2. My most embarrassing musical memory?

Aghhhh man, you never forget these! When I was around 18 years old I had a three piece piano rock band with a few friends. It was just me and my boy Danny on piano for the longest time, but we decided to pick up a drummer. In just a few days before our next show we tried him out, and tried to learn every song. About two songs in I guess he forgot them or something, but the dude just stopped playing! The set was really weird and I kinda wanted a hole to open under me and just swallow me whole, but we finished and I left as soon as we did.

So this will be the first project I actually tour with in regards to music, but I’m no stranger to touring. For my business we host seminars around the world, some as small as a hundred people, some in the thousands. I’ve spent months of the year on the road in almost 40 countries. Touring brings so many new memories into your life, helps you gain perspective, helps you gain proximity to people, in turn creating relationships. It’s incredible but it’s also incredibly tiring. It’s taxing on your mental state because you always have to be on GO mode and I miss my puppies, wife, bed, and family more and more as the tour progresses.

4. What is your favorite record store and why?

Am I gonna sound like a poser for saying I don’t have one? Yikes! I’ve never really been into vinyl if I’m being honest and have always streamed my music 🥴

5. What is your favorite album of all time?

This is soooo tough, but it’s gotta be said. I think the most impactful album for me would be Without Fear by Dermot Kennedy. It came out at a time where I really needed it, but even more than that, it was the record that helped me pick up a guitar again and actually jump back into the studio.

6. You wake up in a seedy Berlin hotel room with no recollection who is first call?

MY WIFE! If I’m in Berlin and have no idea how I got there I got one worried anxious and angry queen waiting back at home, haha. Then we’re gonna brainstorm on how the heck to get me back 😂