There will be no Shark Sandwich served today. Sorry Rufus Wainwright. Sorry Wire. Sorry Guided By Voices. Prince died Thursday, and finding some way to commemorate his life and works takes precedent.

First of all, I sort of hate you, 2016. You are an insatiable killing machine. I’m not going to list them off, but 2016 has robbed us of a great many musicians, actors, etc.

I am late to the tribute table, and I probably have nothing new to say, no special relationship with the artist. Still, I live in Minneapolis, and grew up in Minnesota. Prince has been part of my life since I can remember.

I am lucky enough to have seen him in concert twice, one time for free at an outdoor street party not far from now more famous First Avenue. Morris Day and the Time played, too. It was amazing. The other time was a more traditional concert in a basketball arena.

My good friend, Gator McKlusky, has said Prince in concert was Elvis, Jimi Hendrix, and James Brown all rolled up into one. Hell, maybe he ripped that description off from somewhere else. Does it matter? It is totally true, and anyway…

But not forgotten. Not so soon. Not ever, more than likely. His charisma was intoxicating, his musicianship was unparalleled, his showmanship was electrifying, and let’s not forget the catalog of songs he left us.

Do you remember hearing “When Doves Cry” for the first time? I do, except I saw it on this weird channel called MTV. These days I hear about how strange a hit that song was as there was no bass line, but at the time it was simply this supremely weird song made by a guy in a bathtub.

I was something like 11-years-old, and he was already 6 years into his career. Prince definitely awakened a musical curiosity in me. I listened to what all the older kids in the neighborhood listened to: Rolling Stones, Steve Miller Band, Led Zeppelin, etc. It was “When Doves Cry,” though, that let me know there was other music out there, and Prince has been with me ever since.

And he was local. That was new for me. I started wondering what other local music was out there, and the rest is history.

In more recent years, my business did some work for Prince and Paisley Park. It was a crazy May a handful of years back. Some representative would call to say that Prince needed us at Paisley Park at 2:38 am or something. We did our best to accommodate him, and it was frustrating but rewarding.

Prince actually stole one of my employees!

When, let’s call him, “Steve” put in his notice, no one blamed him for jumping to team Prince. We would get calls from him occasionally, asking if we saw him standing off stage on Good Morning America. He would tell us about flying through Europe with Prince. Steve would swing by our office with certain musicians’ instruments (not always Prince’s) in his truck. One time, he got a call at 4 am to help Prince break into Paisley Park because he had locked himself out. Ladders were involved.

Steve left Prince’s employment long ago, but I doubt he will ever forget his time in the rock and roll trenches. For two years, there was only one degree of separation between myself and Prince, but it might as well been a million, which is totally okay.

Prince’s music throughout the years is all I needed from the guy.

I don’t care how many times I hear “Let’s Go Crazy,” the guitar freak out at the end (3:21 in the above video) will always be breathtaking. Always.

He played every instrument invented by humanity since the dawn of history, but the effortlessness with which he killed with his guitars is nothing short of awe-inspiring.

Prince was and still is a full boss–a badass who was absolutely one of a kind. I know this has been viral since Thursday, but even if you have watched it a hundred times, watch it again.

The man simply wrecks the place when he comes in at the 3:25 mark. He shreds, he owns, he tosses his guitar in the air, and… Where did it go? It simply never comes down.

There is a deeper meaning in that final image, and I’ll let you put it into context for yourself. 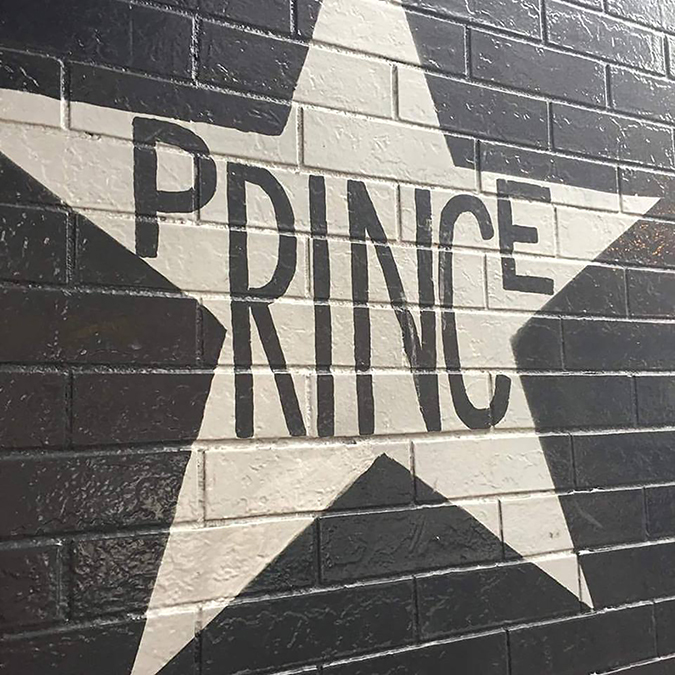