The rap/hip-hop lyricist, 19, has already accumulated thousands of hits on his YouTube page. And just this summer he ventured to L.A. as a finalist in hip-hop/rap recruitment team TeamBACKPACK’s search for the next top artist.

We’re proud to introduce you to X. If you’re into rap or hip-hop you’ll certainly have no more YYYs or ZZZs.

The NewsWhistle Q&A with X-Phaze 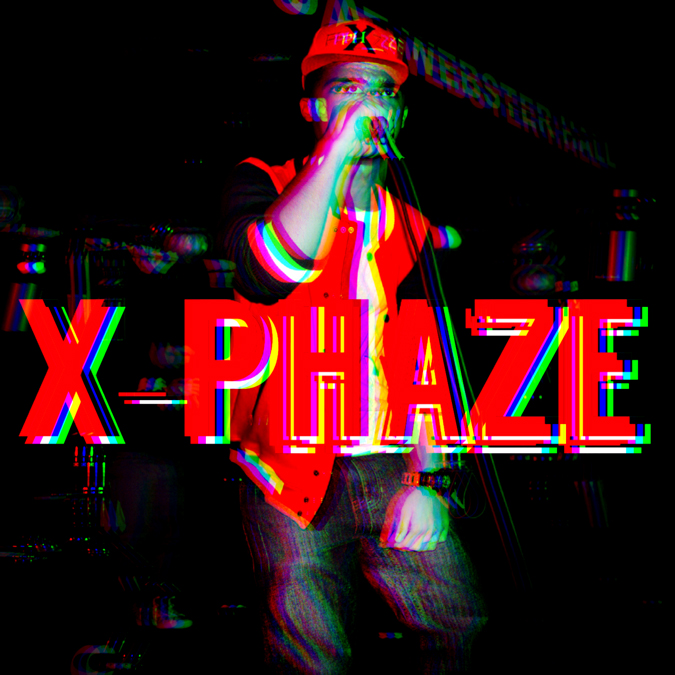 Q: What is your real name? (If you don’t mind revealing it)

A: It was a name I made during a Nets Kid’s practice. I was going through a bunch of names and really thought X-Phaze stood out most. It never had a meaning until after I chose it. As a good math student, X always resembled the variable, the unknown. Phaze is a combination. Phase, spelt with an S instead of a Z, resembles stages, like those that people go through in everyday life. Spelt with a Z, as faze, means that you can’t be shaken; they can’t get in your head. So that’s why I combine both spellings and add the X before.

Q: Where were you born and raised?

A: My parents are both Persian. They came from Iran when they were in high school and met in Jersey which is where we live now. I was born in Summit and then raised in Parsippany until I was about 10 years old. Then I moved to Mendham for another half of my life until I was 18. Now, I live in Hoboken where I go to college.

Q: Would you consider yourself a rapper or a hip-hop artist?

A: Hip-Hop artist. Rapping is strictly lyricism, not really singing, but I take to that side of music, too.

Q: At what age did you realize music was your passion?

A: Probably around age 15/16 when I was entering high school. When I actually saw people’s reactions in the hallways and my teachers would be like, “Wow, this guy can rhyme words and he’s actually pretty good. The videos are cool too.” I was doing things before that, like writing songs and poems, but actually developing as an artist is something I took to in school.  Back when I was in elementary school we would be asked to write poems. Many of my classmates hated these days but I’d write mine to the tune of a song so they flowed better. I’d come into class the next day and rap my poem or verse and everybody always enjoyed it.

Q: Having performed at venues like Webster Hall, do you have any sort of pregame ritual before getting up on stage?

A: Not really a ritual, but I just like to be prepared. I go through my songs super fast just in case my tongue is dry. If I mess up one syllable everything just falls through so it’s a big deal. I try to chew gum. I always try to brush my teeth before. It’s continually five pieces of gum and then water, water, water. 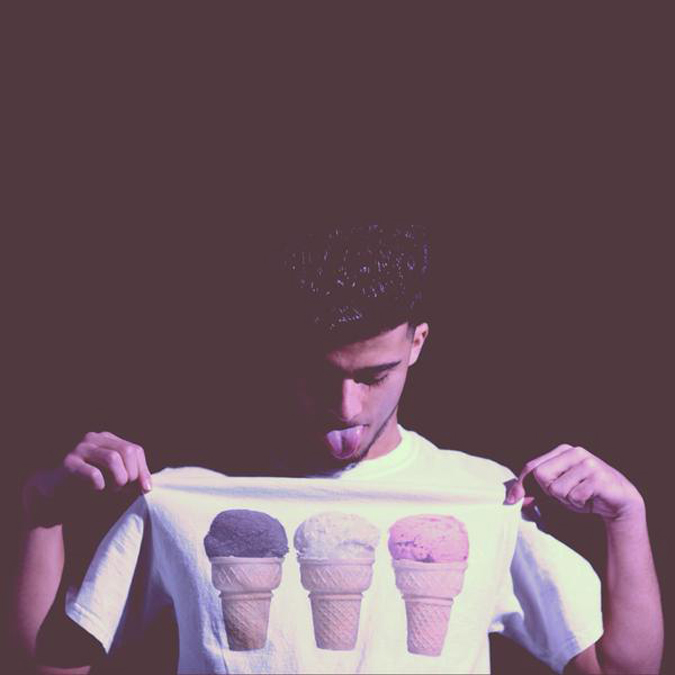 Q: What’s been your favorite performance? What’s your performance total?

A: Not including high school, coffeehouses, and open mics, I’ve probably had between 10 to 15 live performances. Most of which were me opening for later sets. My favorite show has to be the first time I opened at Webster Hall. I’m not sure if it was just a great performance or the amount of people that the headliner brought to the club but the whole place was packed. That response from my audience has been my greatest so far. People were tweeting me afterwards and it really just felt great to get such a huge response.

Q: Who’s your biggest inspiration as a musician?

A: Busta Rhymes. If I had a top three it’d have to be Busta, Eminem, and Tech 9. We used to dance to one of Busta Rhymes songs back during my time with the Nets. I remember dancing to it and then later thinking, “This could be something that I want to do.”

Q: In many of your videos you wear New Jersey Nets gear. Why the Nets gear and how on earth did you manage the chance to call starting lineups before a regular season game?

A: I’ve always had a love for the Nets. Becoming a Nets fan at an early age was more of a convenience since I grew up in New Jersey. They were one of the few sports teams we had. One day I went on their website and noticed a banner which read, “Nets Kids Dance Auditions,” so I told my mom that I should try out. So we show up to this official dance audition where there’s hundreds of kids with numbers inside the Nets training facility, the most legit thing ever. There were kids there who had been dancing since two years old and here I was, a kid who took a few dancing classes just for fun. Sure enough, I made it. Then, after that, I made it three years in a row, too. 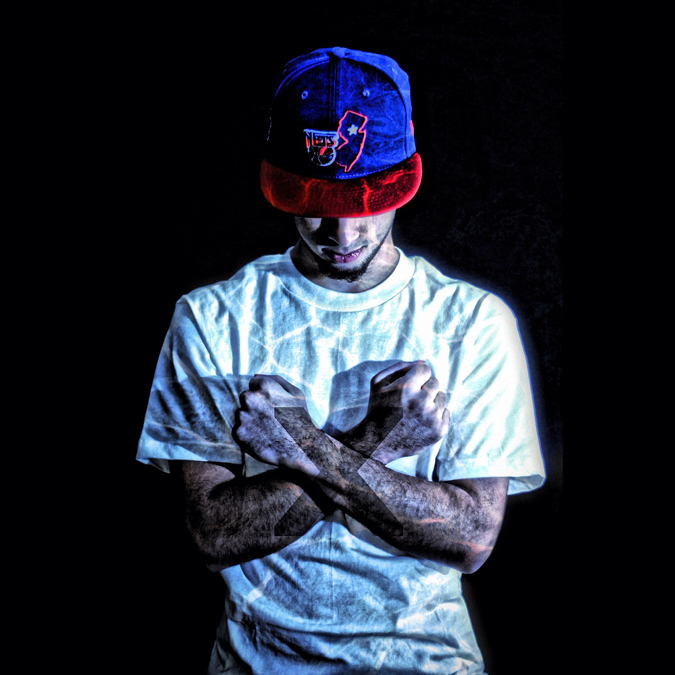 Q: Were you able to get closer to the players through this new dancing gig?

A: Yeah, actually one time I was on the court, super close to Vince Carter who also happens to be my favorite player. I asked my buddy, another dancer, to snap a quick photo of us, discreetly because we weren’t really allowed to interact with the players. Sure enough, the next morning I’m watching Yahoo Sports coverage of the NJ Nets and as they’re talking about the team they cut to a shot of the exact moment when I took a photo with Vince. In the shot you see a bunch of players shooting around and then there’s Vince and I taking a quick photo.

Q: What do you hope to accomplish through your music?

Q: What does X-Phaze do when he’s not recording, in school, etc.?

A: Play ball, I love to go out and play ball after a long day and let the steam out.

Q: Pardon me if I sound surprised but many of your videos are very well-edited, synced, and filmed. As an aspiring artist with a limited budget, how do you manage to produce work of this quality?

A: The main guy who I’d like to give a shout-out to is Radio Beat Production. I stumbled across him online. He’s produced “Hooligans,” “Gonna Get Down,” “Something New,” and he’s actually from Denmark. Never met the guy but I’ve always felt like I know him. I have friends at home who help also but working with this guy is great. If there’s ever anything in the video that I don’t like, I’ll send him a quick Facebook message and he responds quickly. He’s produced 4-5 of my songs, other than that, I usually come across people online or work with friends.

Q: Take me through the process of creating music. Do you tend to write and then find a beat to accompany lyrics or vice versa?

A: Majority of the times I’ll get the beat, feel it out, and then come up with the right lyrics. It’s probably a 75-25 split. 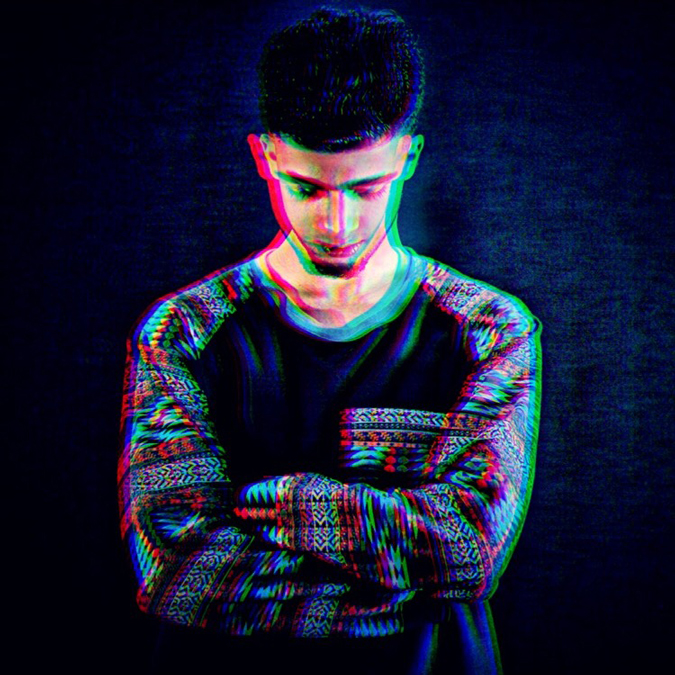 Q: What single event led to the epiphany that your music drew a fanbase?

A: My math teacher, Mrs. Francis, would do an event for Pi Day every year. So I got together with a senior classmate and we created a Pi Day remix to Wiz Khalifa’s “Black and Yellow.” Instead of “Black and Yellow, Black and Yellow” we sang “3.14, 3.14…”. To this day I get Snapchats and texts from current students who are still being shown my video and they always love it.

Keep up with the latest from X-Phaze online and on social media: 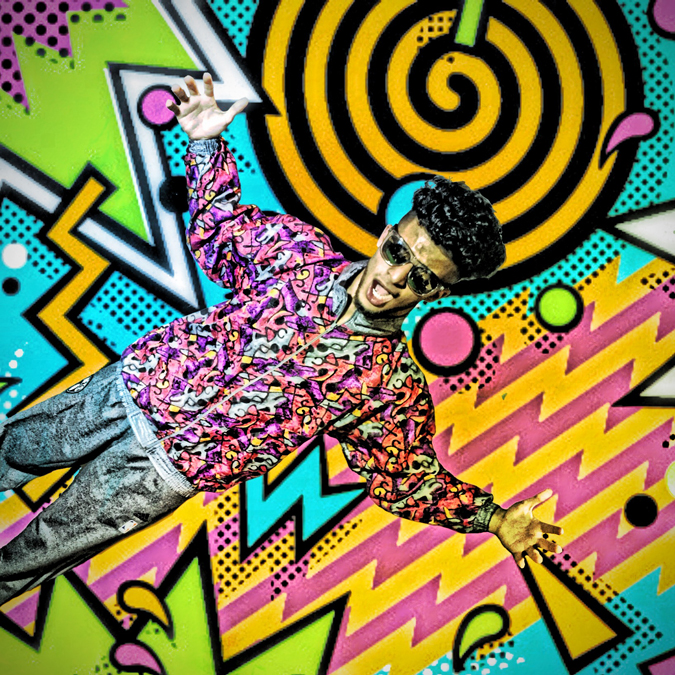